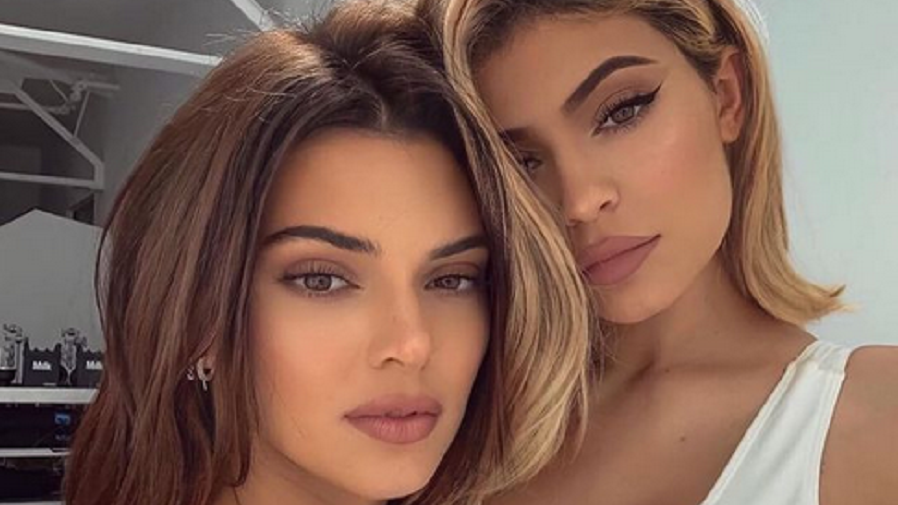 Kylie and Kendall Jenner got backlash for their TikTok video. The famous sisters took a test to reveal who loves the most “rappers” and who dates the most “hoopers.” They also decided which of them is their mom’s favorite and who is really a “sloppy drunk.” Kendall and Kylie just wanted to have some fun with this social media challenge.

On Thanksgiving, the sisters starred in a TikTok video on Kylie’s page. It showed the difference between the two Keeping Up With the Kardashians stars. In the video, Kendall and Kylie walk towards the camera as different options appear on the screen.

For those who don’t know what TikTok is, Kendall and Kylie took part in a special challenge. The 25-year-old and her 23-year-old sister had to walk either left or right to each of the choices. The first option was who is a “Supermodel” and who is an “Instagram Model.” Of course, Kendall claimed the “Supermodel title,” while Kylie walked to the other side.

Next was “Dad’s Fav” or “Mom’s Fav.” Kendall went to Kris Jenner’s side before shaking Kylie’s hand and switching directions. The most talked-about part was their dating life. The two stayed on their respective sides and covered their faces in embarrassment. Kendall is known for dating basketball players, while Kylie admits her love for “rappers.”

The sisters also had to choose between “Going Out” and “Staying In.” Both sisters stayed in the “Staying In” option until Kylie chose the “Going Out” side. Then, they revealed who is “High Maintenance” (Kylie) and “Low Maintenance” (Kendall). When it came to who is a “Sloppy Drunk” and who is a “Funny Drunk,” Kendall forced Kylie over to the “Sloppy” side while she claimed the “Funny” lane.

Their fans noticed as soon as the TikTok video went live. And some of their followers didn’t like the “hoopers vs. rappers” part. Some argued that Kendall and Kylie Jenner love to categorize Black men as if they only fit certain boxes. One fan tweeted: “hoopers vs. rappers… they see yall n***** as categories!”

As of Friday, November 27, the tweet received over 91,000 likes and 9,600 retweets. It appears that other fans agree. However, one fan argued that there are “white rappers and hoopers.” Another user asked: “But they don’t go for those now do they?”

Not all of their fans saw what the big deal was. One fan noted that the point of the TikTok challenge is “preference and categories.” Another wrote: “Am I not wrong for seeing what the problem is? One likes basketball players and the other likes rappers? And??”

“People have a theory that the Kardashians fetishize black men, basketball players and rappers are both fields ruled predominantly by black men,” one user explained.

Then one concluded that the men who date Kendall and Kylie “don’t care. We shouldn’t either.”

What does Kim Kardashian think?

Kim Kardashian shared the TikTok challenge that Kendall and Kylie Jenner took part in. She tweeted: “They’re so cute!” Of course, her tweet landed her in hot water as well. One of her followers joked that the “hoopers vs. rappers” part was their favorite “moment.”

What are your thoughts on the video? Do you agree that Kendall and Kylie fetishize black men? Sound off below.