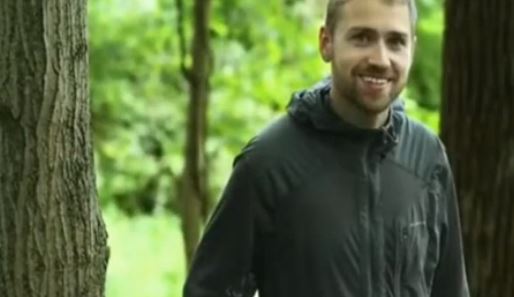 Paul Staehle made a big issue about Karine getting an STD test. Actually, that test seems routine in many countries for pregnant women. So, fans slammed him for emphasizing that particular test. So, some of them think it’s karma that the 90 Day Fiance alum just underwent a tortuous wax job.

We reported that Paul made Karine show the camera her list of tests the doctor ordered. And, he talked about HIV and an STD test. Angry fans felt that sort of thing should remain private. And some fans thought he just did it to humiliate her as he once claimed he picked up an STD from her. So, now that he underwent a tortuous and badly performed wax job, they feel karma comes a-calling.

The wax job that Paul Staehle underwent was screen-grabbed by blogger John Yates. He shared it on his Instagram, and fans naturally commented on it. It turns out that Paul’s hairy and it looks quite thick all the way down to his pelvic area. So, starting just below the nipples, and going down his stomach, the waxer started ripping out his hair. Now, everyone knows that the edge of the tummy area fell very sensitive. In fact, that’s why so many people hate being tickled.  So, it hurts and the 90 Day Fiance alum yelled after each strip.

Many fans seem familiar with the correct waxing technique. And, here are some of their comments about Paul Staehle:

Well, TLC critics of Paul Staehle privately felt that perhaps Karine told the waxer he should suffer. After all, he makes her suffer through public humiliation. One thing they suspect is that Karine probably giggled inside when she saw his huge red spots.

Apart from the comments we already shared with you, other people feel that Paul just underwent “revenge waxing.” One follower wrote, “No pulling the skin taught or pressing after! 🤣” And, another person replied, saying, “seems personal that’s vengeance waxing!” Meanwhile, another fan probably felt a bit of empathy for Paul. They noted, “They doing the Brazilian wax. lol I took a vicadon! I should of had a morphine drip lol😤.”

What do you think about Paul Staehle’s tortuous wax job? Do you suspect that Karine possibly told the waxer she wanted a revenge waxing? Sound off your thoughts in the comments below.