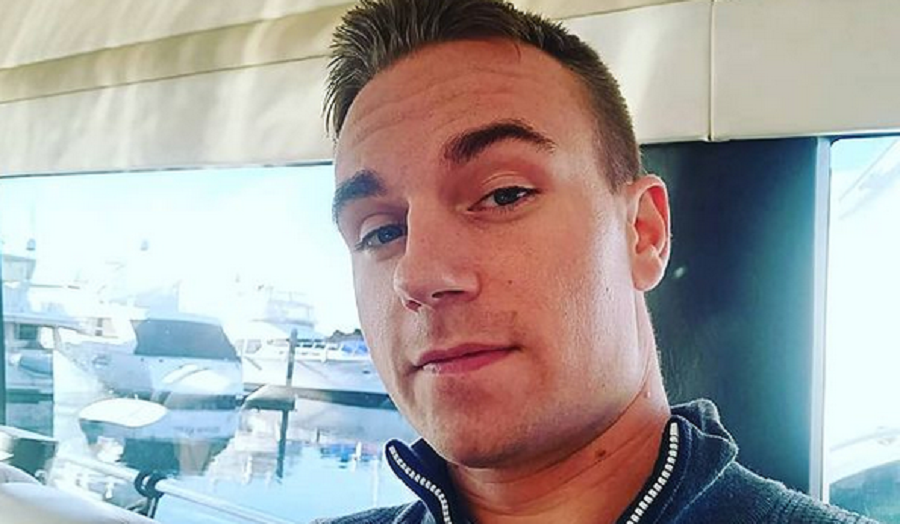 It’s still his deck, buddy boy. Below Deck alum, EJ Jansen accused Below Deck Med alum Hannah Ferrier of copying his online yachting course. He claims that the Aussie took notice of his Yacht University and “made it her own.” As fans know, Hannah launched her respective Ocean International Training Academy earlier this year.

It came after she announced her departure from the series. During Season 5 of Below Deck Mediterranean, fans witnessed her firing. Captain Sandy Yawn let go of Hannah from her chief stew position after she unregistered Valium and a CBD pen on board. Since then, Hannah has moved onto bigger and better things.

What did EJ say?

Below Deck fans remember EJ Jansen from Season 5. The deckhand butt heads with bosun Nico Scholly. During that scene, he uttered the iconic line, “It’s my deck now, buddy boy!” Now, he’s going after Hannah Ferrier from the Med. EJ made an appearance on the Behind the Velvet Rope with David Yontef podcast where he admitted that he’s currently “butting heads” with Hannah.

“She literally word for word copied my Yacht University course and made it kind of her own,” EJ said.

EJ owns Yacht University, which is a copyrighted online course. He claims that Hannah’s new course has a similar name and layout. EJ also told David that the former chief stewardess used the “same exact photo for my course in one of her ads.” He owned his course for over eight years.

He claims that he’s the first to start a yachting course and he has the proof. Hannah launched her online course with Anastasia Surmava after her firing from Below Deck Mediterranean. Since EJ’s course is copyrighted, he could take legal action against her. While he reached out to her via Instagram DM, he admits their conversation didn’t go well.

Below Deck alum claims that Hannah went off on him

He claims that Hannah went “ballistic” when he confronted her. The former Bravo star also revealed that three other yachties copied his school in the past.

“It’s funny because, over the course of eight years, I’ve had over three different women try to copy the course from me, mostly friends of me,” EJ explained. “All of a sudden they stopped talking to me and I was like, wait a second, now you got something similar to this?”

EJ isn’t just pointing the finger at Hannah. It’s something that happens to him on a regular basis. Prior to this situation, EJ wanted to work with Hannah and his fellow yachties. He thought they could work on something unique.

Collaborating on a new super course?

EJ revealed his initial idea was that he and Hannah could create a new online yachting course. He could tell that she’s still passionate about the industry. EJ is familiar with the exterior, while Hannah worked in the interior. Rather than competing with each other, they could come together and create something great.

“You know, maybe would make, make a comradery for this thing. You know?” EJ continued. “Like you’re a stew side. I’ve always been known as the top dog post in the first mate. I know how to handle the deck side. Why not come together?”

Hannah hasn’t responded to EJ’s claims. Instead, she shared a customer review. On Friday, November 27, she took to her Instagram Stories to share some praise for her Ocean International Training Academy.

The comment reads: “There is no substitute for experience in any field or job. Being able to benefit from @hannahferrier234 YEARS of experience and knowledge in the yachting industry would be an opportunity of a lifetime for anyone interested. (In my humble opinion).”

On her Instagram Story, Hannah included a series of raising hand emojis. This sounds like a response to EJ’s scathing interview. What are your thoughts? Do you think Hannah stole EJ’s course? Sound off below.