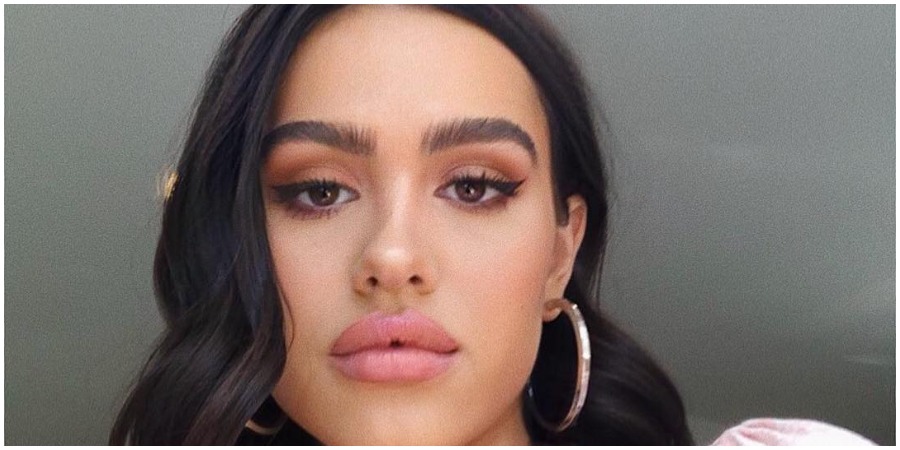 Amelia Hamlin doesn’t seem to mind the gossip swirling around her budding relationship with Scott Disick. The model happily shared a photo of herself snuggled up with her rumored new boyfriend on Thanksgiving day.

According to Page Six, Amelia, 19, published the snap to her Instagram story on Thursday. In the pic, she appeared to be at the beach with Scott, 37, and another friend. She wore a skimpy top, while Scott donned a white t-shirt. They both wore dark sunglasses on their faces. The caption of the post read, “Thankful 4 these ppl.”

Amelia also shared photos of other friends and family members in honor of the Thanksgiving holiday. Her story was filled with pictures and videos of people such as her sister, Delilah, and her famous parents, Lisa Rinna and Harry Hamlin.

Amelia Hamlin & Scott Disick are spending a lot of time together

Amelia and Scott have been raising eyebrows with all of the time that they’ve been spending together as of late. The duo first grabbed attention back on Halloween when they showed up to Kylie Jenner’s party together. They’ve also been seen going to dinner with mutual friends.

They most recently made headlines when they got cozy with one another at the beach. Amelia wore a skimpy floral bikini while Scott opted for a pair of navy blue swim shorts and a t-shirt. The Keeping Up With the Kardashians star walked with his arm around the model as paparazzi snapped pics.

Recently, a source told E! News that Scott was looking to take thing slow with Amelia after breaking up with his longtime girlfriend, Sofia Richie, back in August.

Meanwhile, it appears that the Hamlin family didn’t spend the holiday together. Rinna took to her own social media to reveal that she was missing her girls. However, the Real Housewives of Beverly Hills star claims that the family would always be together in spirit.

Amelia’s parents think the relationship is a ‘phase’

Of course, Lisa and Harry have thoughts about their teenage daughter dating a man who’s nearly 20 years older. The duo are reportedly a bit concerned about the pairing, but are staying quiet about it. Lisa allegedly believes that her daughter’s choice in men is currently a “phase” that she’s going through.

All the while, the couple are said to be sad that Amelia and her previously beau split.

“Harry and Lisa were sad to see Amelia and Mercer Wiederhorn split because they loved Mercer. He was like family, but they understand,” a source told E!

It remains to be seen if Amelia Hamlin’s relationship with Scott Disick is just a fling, or if the pair are in it for the long haul.