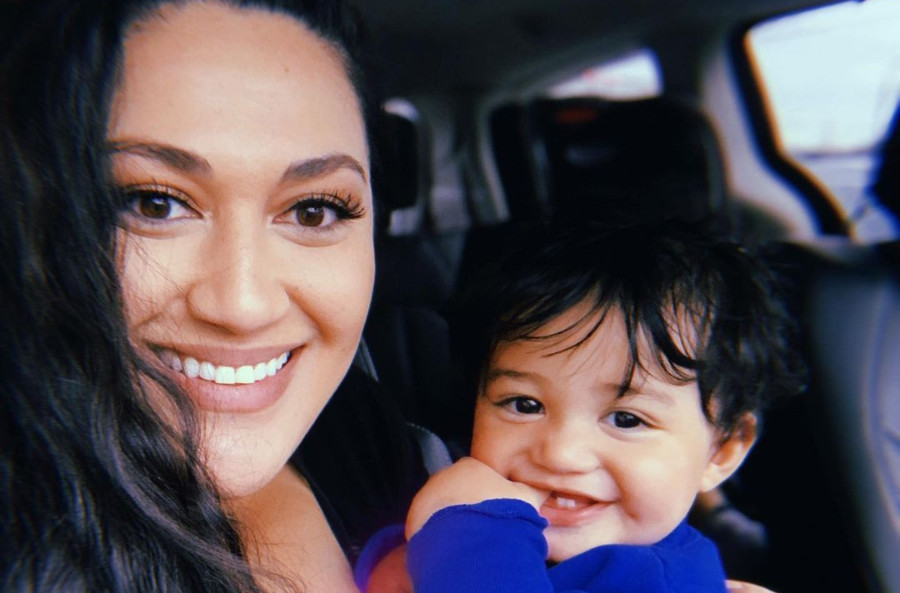 The former 90 Day Fiancé: Happily Ever After? star Kalani Faagata used her large Instagram following for something positive. She went online yesterday to ask her followers to contact her if they or anyone they know can’t afford a Thanksgiving meal.

Kalani Faagata has such a big heart, which is one reason why fans adore her

Kalani and her husband Asuelu Pulaa met when Kalani was visiting Samoa. Asuelu happened to be employed by the resort that she was staying at. The pair fell in love and got married. Asuelu moved to the United States to work and be with his family. Kalani quickly became pregnant and the two have two handsome sons together that they both love dearly.

Yes they have had their differences 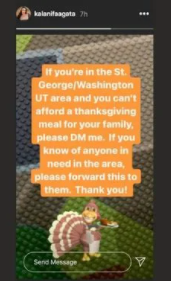 have watched 90 Day Fiance realize that this couple had a lot of differences. Mostly due to the difference in their culture. At one time Asuelu couldn’t seem to hold a  full-time job, and his family made things worse by always wanting him to send them money back to Samoa. The couple sought counseling before their relationship sustained any more damage. The problems continued and many viewers believed Kalani would end up divorcing her first love. Later on, Kalani shared a cute, happy family portrait and stated on her Instagram followers that she indeed was still with her Samoan husband. They seem happy and are working on their troubled marriage. On Asuelu’s page, we see that he now has a full-time job, so that likely helps to take some pressure off of their marriage. As wrote about in this article by Screen Rant.com

Just like with in her marriage, Kalani Faagata is loving and giving

The former reality show star is volunteering to provide Thanksgiving dinner to anyone locally in need. She shared on her  Instagram story which asked people in the “St.George/Washington UT Area” who can’t afford a “thanksgiving meal for your family” to message her. She also urged her followers to forward her message to those who might need some help. With the way Kalani is, it’s a good possibility that she made some people very happy for the holiday!

Kalani has felt the need to help others!

Earlier, the mother of three revealed that she was working at a group home for teen moms. Which was her job before she became a busy full-time stay-at-home mom of two small boys. She went on to say that she cherishes the memories she made with the clients and co-workers. It seems like the 90 Day Fiance reality TV star has always found happiness while making a difference for others.

Make sure to continue to follow Tvshowace.com for more updates and more news! We always have the latest breaking news!