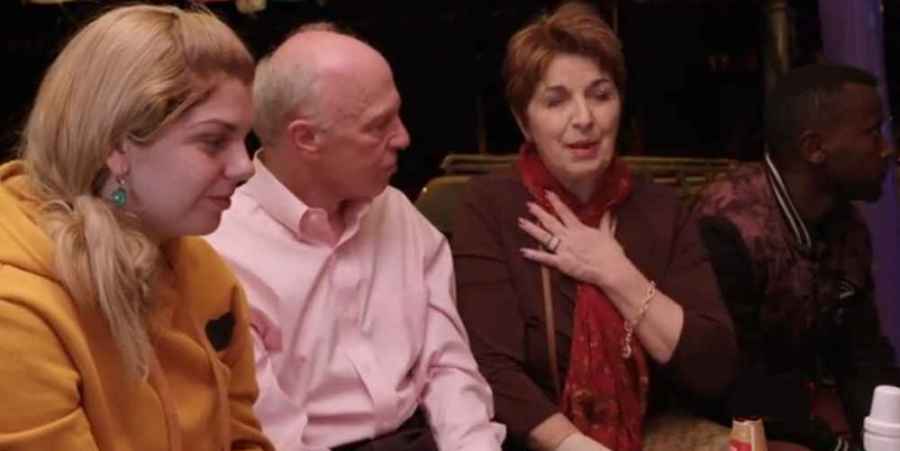 Up until recently, most 90 Day Fiance: The Other Way fans have believed Ariela Weinberg’s mom Janice is very supportive of her choices. In fact, she seemed like the perfect mom. So much so, Ariela started offering Cameo sessions where her mom could give motherly advice. However, in the latest episode, Janice got overly emotional about her daughter and grandson Aviel living in a third-world country. Is she now being overprotective?

On Janice’s first visit to Ethiopia, while Ariela was pregnant, she wanted to ensure that her daughter would have no problems. Janice has traveled a bit herself and was open to learning about Ethiopia and its culture. While she was concerned about Ariela and Biniyam’s living conditions, she never ridiculed him.

Janice asked valid questions of Ariela and Biniyam in a polite way. She visited the local hospital and gave it her approval for Ariela’s birthing. As a nurse herself, she was impressed with the hospital’s services. She came across as a caring parent, asking tough questions, but in a respectful way.

While 90 Day Fiance fans were previously impressed by Janice, this all changed in the latest few episodes. She seems to be acting too protective of her daughter. Rather than letting Ariela manage her new life and responsibilities, she is trying to provide emotional and financial crutches.

Admittedly, Janice could be right in saying Ari and Avi would lead a better life in the States, this wouldn’t be fair on Biniyam. He has already lost touch with his child by his former marriage to an American woman. Heaven forbid that should happen again.

After the original hiccups, it is clear that Ariela is willing to give up her comfortable life in America to stay with Biniyam. She is truly making an effort to begin her new life with her family. Fans believe Janice should respect her daughter’s wishes, instead of pushing her to leave the country.

Fans were furious over the recent episode, where Ariela and Biniyam were showing Fred and Janice their apartment. The couple openly degraded Biniyam, while making nasty comments about every single room in their home. Fans can watch their visit to the apartment in the video included here.

It is clear that Ariela’s parents do love her and her baby and want the best for their daughter. As noted by Screen Rant, fans hope that Ariela will not regret her decision to stay in Ethiopia. They also hope Biniyam keeps up his end of the bargain.

Viewers can watch the finale episode of 90 Day Fiance: The Other Way on Sunday at 8 pm ET on TLC.