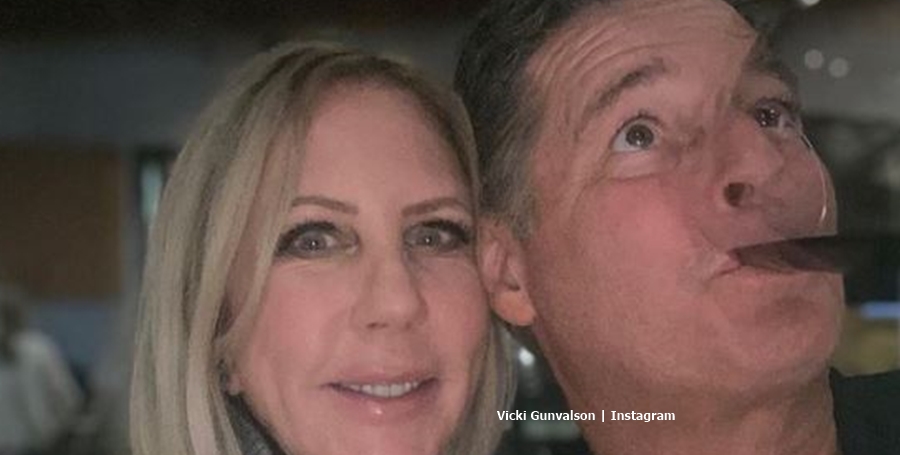 Vicki Gunvalson left The Real Housewives of Orange County show. But, she still retains 1.1 million followers on Instagram. So, when she revealed her Thanksgiving table, many of them seemed wowed by it. The stunning fall colors and fruity theme really appealed to many people.

Vicki Gunvalson shares a photo of her table settings on Thanksgiving

Taking to her Instagram on the night before Thanksgiving, the RHOC alum shared her table and wrote about it. Her caption said, “Thanksgiving may look a little different this year but there is still so much to be thankful for! I hope you all have a beautiful day tomorrow! ❤️ 🦃.” Well, many Bravo fans agreed that the table looked absolutely wonderful.

The table setting revealed little pumpkins, and pomegranates, pears, and more nestled around candles in glass jars. A big bunch of black grapes gleamed in the candlelight. Many fans loved it and here’s what a few of them said to Vicki Gunvalson:

Many fans of Vicki Gunvalson spoke about how wonderful it is that she celebrates another grandchild this year. And of course, others wished that she could return to The Real Housewives of Orange County.

Fans recently heard that Vicki expressed her anger about the Bravo show name-dropping her. Recall, she first got demoted and then left. But almost every episode since then still raises her name or brings up old content. We reported that “she … called out the show for not receiving a “residual check” for continuing to be mentioned in the new season.”

In fact, in reply to a fan who talked about her being mentioned on the show so often, Vicki said, “If we aren’t good enough to be on, then why use our names at all?”

Plus, she grew even angrier that the show revisited Vicki Gunvalson and her ex, Donn Gunvalson. Bravo shared a flashback of the renewal of their vows. Recall, they didn’t last as a couple for long after that. But frankly, a lot of her RHOC fans just like that she seems way happier away from the reality TV show.

Vicki plans on spending a lot more time at her beachside getaway in Mexico in the future. Bravo TV reported that “the Orange County OG offered a peek at her Mexico living room, which had been spruced up with a wraparound couch, a low coffee table, and a bright orange rug.”

Later Vicki also invested in a home on a lake. Clearly, even without The Real Housewives of Orange County show, Vicki Gunvalson’s got a lot of things to be thankful for in 2020.