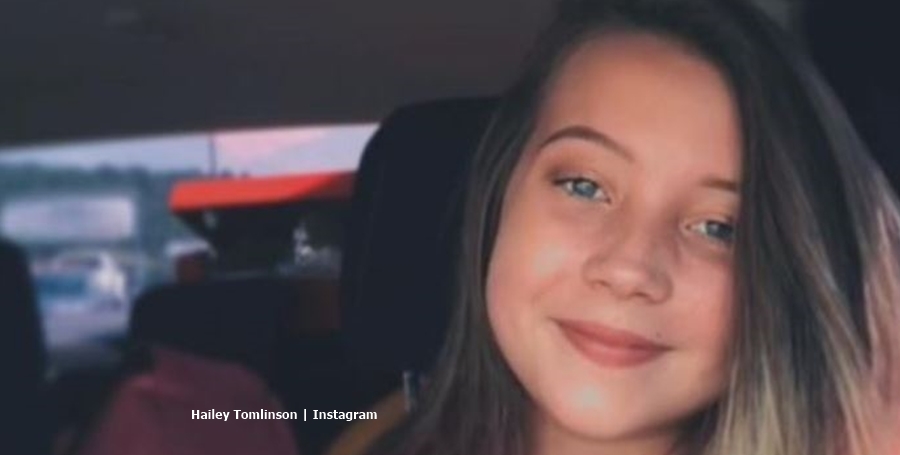 Unexpected fans heard in September that Hailey Tomlinson moved on without Matthew Blevins. And, she introduced her new boyfriend Darren Actually, many fans agree that he’s a major upgrade. And, they enjoy seeing the couple together. So, when she shared a photo at Thanksgiving many TLC fans wished them a happy time.

We reported in September that Hailey Tomlinson introduced Darren by name on her Instagram. She moved on from Matthew Blevins, the baby daddy of her daughter Kinsley. Meanwhile, Matthew, who later got her friend Hailey Tilford pregnant with baby Levi, also moved on. So, it seems that he’s history with both Haileys. Actually, Matthew never seemed very popular with TLC fans either.

The Cinemaholic reported that Unexpected couples seem remarkably prone to splitting. Hailey Tomlinson and Matthew aren’t the only ones by any means. Other couples who split include Rilah Ferrer and Anthony Vanelli, Laura and Tylor, and Chloe Mendoza and Max Schenzel. Caelan Morrison also moved on from McKayla Adkins. Meanwhile, Lexus and Shayden split after he accused her of cheating. He recently fathered a baby by another person named Kylee.

On November 25, Hailey Tomlinson shared a photo of herself with Darren. She captioned it with, “Forever grateful for you💕.” And her fans also feel happy that they look so good together. Plenty of them wished the couple a “happy Thanksgiving.” One TLC fan wrote, “Loved your story. My girls thought your man was way below your league though. This one fits you better. 😘”

Unexpected fans closer to Hailey Tomlinson in age agree that Darren looks like a really handsome man. When one follower tried trolling, other followers slapped them down. After all, Darren stepped up and acts like a dad to Kinsley. With Cole Smith acting as a surrogate dad to Hailey Tilford’s son Levi and Darren stepping in for Kinsley, one has to wonder what Matthew does with his life.

Happy Hailey gets lots of love

Many followers just love seeing Hailey happy. One said, “Aww Hailey I’m glad to see ur happy now, u deserve so much more than you’ve been getting 💕.” And another one commented, “Yall are the cutest.😭❤️ I enjoyed watching your story. You and baby girl deserve all the happiness in the world.” Then, this comment arrived: “This is so sweet! You look so happy!! ♥️” Meanwhile, other fans love the new color that Hailey put in her hair. A bright red, it sets off her lovely eyes.

Do you agree that Hailey Tomlinson looks a lot happier these days with Darren? Is Matthew Blevins with another woman yet? If you hear any rumors about him, please make sure to let us know in the comments below.