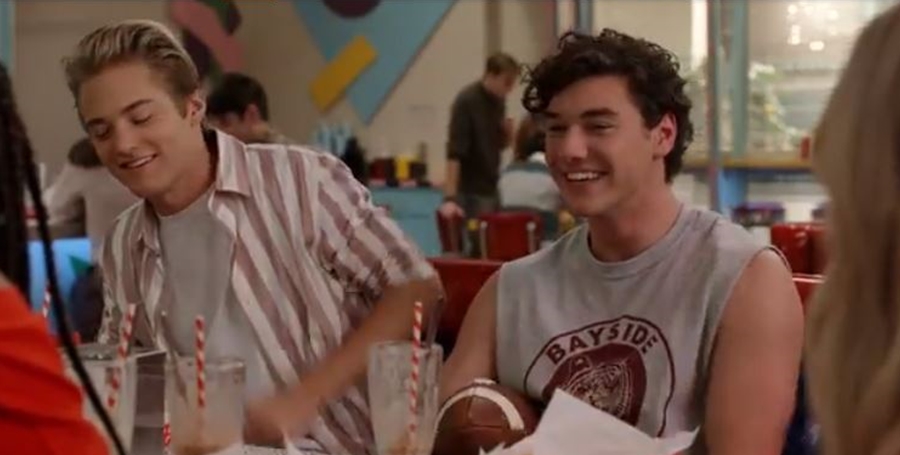 Saved By The Bell reboot brings a return of Bayside High to a new generation of viewers. Some of the previous cast members included Elizabeth Berkley, Mario Lopez, Mark-Paul Gosselaar and more. But, judging by the comments from some viewers, even that never saved it from being terrible.

Saved By The Bell – the original

We reported that the original show featured “a group of California teens who went through the ups and downs of growing up together.” The reboot never intended to totally replicate the original that attracted so many fans between 1989 to 1993. However, enough of it gave a “nod and a wink.” But even so, many old fans of the series simply hated the new version. Peacock TV viewers became very vocal about their thoughts over on Twitter.

Released on November 25 on Peacock TV, 10 episodes of the rebooted Saved By The Bell dropped. Instead of the hoped-for laughter and happiness, it seemingly upset a lot of people. Meaww described the show as “diverse in its cast and brought issues such as racism, homophobia, socio-economic unfairness.” Plus, it addressed other issues. But the outlet also wrote, “it shouldn’t have been called a reboot for any reason.”

Over on Twitter, many angry viewers thought the show didn’t even deserve the same name as the original. One of them commented, “This millennial, supposedly self-aware, poorly acted and scripted thing [captures nothing] from the original.” The critic felt “misguided” described it better.

Then, another disgruntled viewer noted, “3 mins into #SavedbytheBell… done.” Another person complained, ” I’m sorry, but this #SavedByTheBell reboot…F-CKIN 🗑.. Who’s idea… @nbc
to ruin the classic 90’s tv series with this bs gentrification atrocity?”

Here’s another irritated comment about the Saved By The Bell reboot: “I watched the first episode but debating if I should watch the next 9 episodes. [A] little Cheesy.”

If peacock legitimately thinks people are going to pay to watch that #SavedbytheBell remake they are insane.

The pilot is so bad and the blending of real world issues for plot is woof.

Despite so many terming it “terrible,” lots of people enjoyed the reboot. Some of them talked about a lot of laughter. And, one fan commented that his “wife laughed so hard” for the first time in ages. For others, they think the news show brings an opportunity for a lot of binge-watching. Some of them watched the first episode and ended up staying awake half the night.

The Saved By The Bell reboot certainly made a lot of people smile. Despite so many viewers terming it “terrible,” it seems that hundreds of people enjoyed it. One comment noted, “honestly I loved the show as much as loved the original. It’s now in my top 10 favorite shows PERIOD.”

The new #SavedByTheBell is so damn fun. I’m actually really happy that they made this. I’m in shock. pic.twitter.com/dfraS850DA

With so many conflicting reactions, why not sound off your thoughts in the comments section of this article? Is saved By The Bell (Reboot) funny and addictive? Or do you believe it’s terrible?