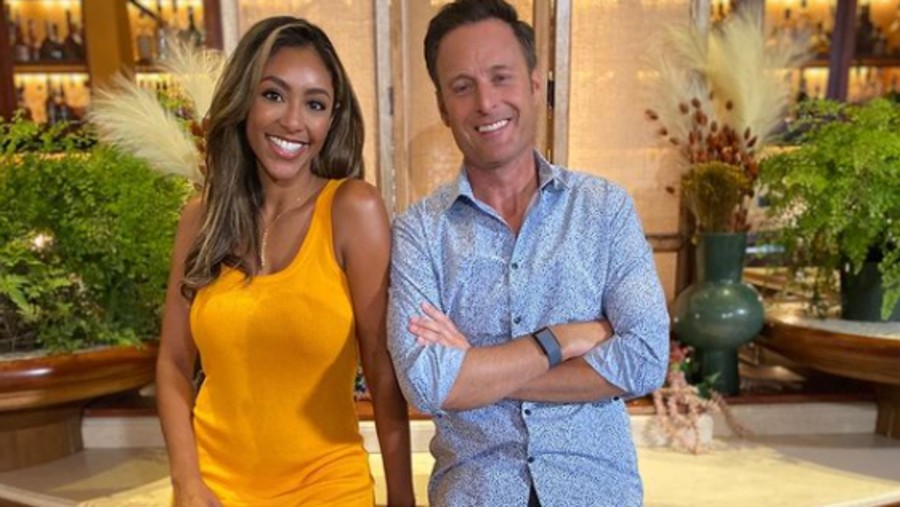 The floor is lava, at least it was on the latest episode of The Bachelorette. Ivan and Tayshia Adams had a casual date with games and a huge sundae. Chris Harrison said, “We’re gonna have to really medicate our producers who come up with these dates because they are at their wit’s end. There is only so much you can do in a half-mile by half-mile block of the hotel. They really did an unbelievable job of making it as creative as possible.”

Since everyone is trapped at the same place, the men who aren’t on the dates can hear what is going on. This included an uncomfortable second group date where contestants had to showcase their bedroom noises over a loudspeaker.

Chris is also a lot more involved in the process than in the past. In the group date challenges the men had to get him to sign a part of their body. When Ed went looking for Tayshia’s private suite, he found Chris’s in the middle of the night instead. Always a gracious host, he invited him in for a glass of wine while Ed fan-boyed about it. 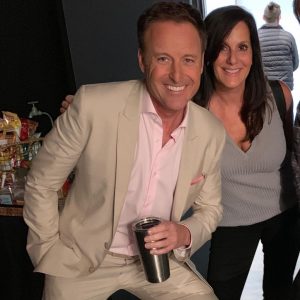 Chris Harrison said, “Well, you can’t get an audience. So, we used the one we had back at the house. We did as creative of a job as we could. And I think we pulled it off.” Having the other men being an audience for the group dates means any man in the house can steal time with Tayshia. That’s what Noah did when he jumped into the fighting ring.

Chris said, “There are aspects of the intimacy of this pressure cooker in this fishbowl environment that I do like, but at the same time, I miss having the world as our playground.” Harrison went straight from filming The Bachelorette to filming Matt James’ season of The Bachelor.

Chris Harrison said, “This [coronavirus] vaccine is on the horizon, there is hope on the horizon and where there’s hope, there’s roses and there’s The Bachelor.” According to US Weekly, Harrison wants to try to keep to the normal schedule filming moving forward.

He said, “We’re going to shoot Bachelorette in the normal timeframe — this winter/spring — and then that’ll lead us into hopefully the Bachelor in Paradise that we normally have in June.” Chris is hopeful things will get back to the way they were. He said, “I’m not Anthony Fauci here, but my dream is that the vaccine is working by then and we’re right back to normal.”

Fans want things to get back to normal too. But for now, there will be more creative dates to come at the La Quinta resort in Palm Springs. The Bachelorette airs on Tuesday nights.