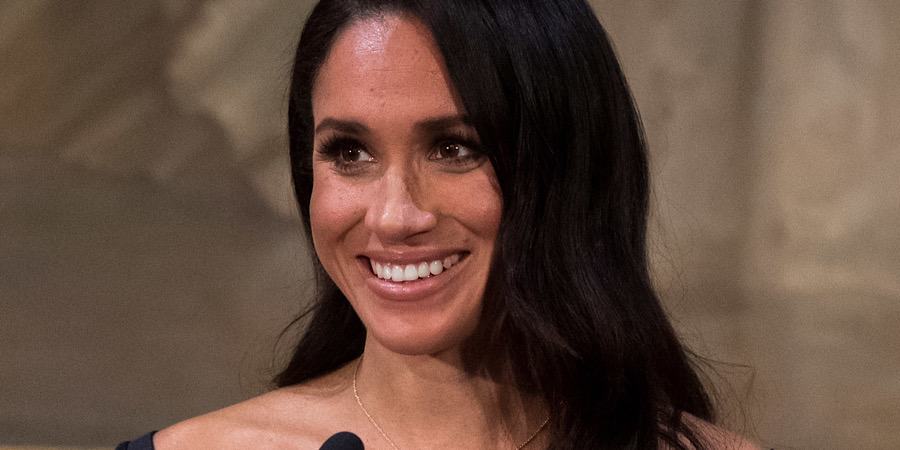 Chrissy Teigen is there for Meghan Markle. Markle recently opened up about a miscarriage she experienced in July. Teigen lost a son, Jack, so she knows how the pain. She also knows what it is like to be scrutinized for being open. And she’s standing by Meghan’s side.

Chrissy and Meghan- A Common Bond

Chrissy, 34 has never been shy about her life. She was very excited to share the news she and husband, John Legend, were expecting their third child. They named him Jack. Unfortunately, their fairy tale came to an end too soon. At the end of September, she experienced excessive bleeding but said everything was fine. Cut to a few days later. She and Legend showed black and white photos from a hospital room. They were holding their stillborn son. Sadly, she had lost the baby, about halfway through. She has not been very vocal on social media because, as she puts it, she’s “in a bit of a grief depression hole.”

Markle, 39, is in a similar boat. Yesterday, she published a personal and candid op-ed about her own miscarriage from July. This is something no one knew about. The former actress shares son, Archie with husband, Prince Harry. Unfortunately, her story was met with criticism from a Twitter troll and that brought Teigen out of hiding. 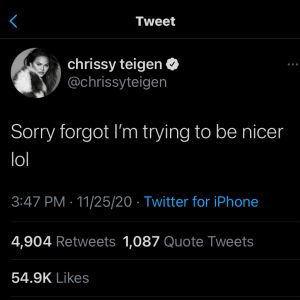 Celebs, such as Ming-Na Wen, were already in Meghan’s corner. “When I had my miscarriage, I learned from my OBGYN that it occurs 1 in 4 pregnancies! THAT info astounded me. I asked, ‘Why isn’t it more common knowledge?’ ‘Very few want to talk about it.’ Thank you, Meghan Markle, for sharing. Sorry for your and Prince Harry’s loss,” she tweeted. But, one troll hated on Markle for writing “a 1,000-word op-ed about herself.”

To that, Chrissy responded: “Award for today’s absolute piece of s–t goes to… Congratulations, piece of s–t.” Because the author/host is trying to be kinder this year, she decided to delete the tweet. She then shared how she is depressed at this time. What that user said was not only rude but inappropriate. Meghan has truly tried to be open and relatable. This is an extremely vulnerable moment. Neither Markle nor Teigen have any reason to be shamed or feel bad.

Not only does Meghan have Chrissy, who says: “Do not worry as I have so much help around me to get better and I’ll be fixed soon. They’ll call when I’m better and ready for pickup and u can swing by and grab me OK? Thank u and love you!” But, Markle also has her mother, Doria Ragland around to help guide and mend her. Prince Harry’s father, Prince Charles, has also been apparently checking in on the couple, as well. We wish both Meghan and Chrissy the best and commend their courage for speaking up.