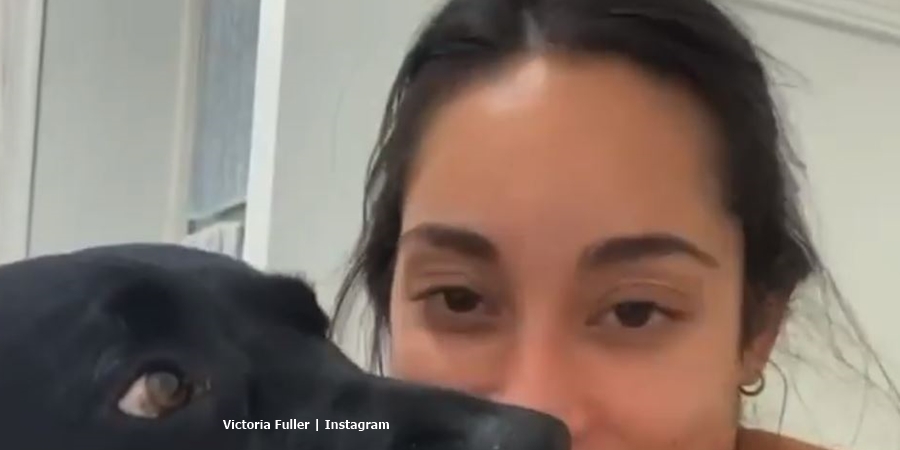 Victoria Fuller, from Peter Weber’s season of The Bachelor, often posts photos up on Instagram. And, a lot of them reveal her in slinky underwear or bikinis. But now, a fan complained that she always just posts ads these days. Is that true? We went to check it out.

Victoria Fuller and her slinky posts

We reported that back in August, Victoria shared a particularly sexy outfit. It came amidst speculation that she might no longer date Chris Soules. In fact, her caption sounded like she hunted for some sort of apology from him. Well, fans, especially thirsty males, don’t mind if she posts slinky photos. But one of them grew tired of her advertising and tagging for promotions.

Bachelor Nation fans want a lot of photos of the cast with their current partners. Or, even just out enjoying themselves. That’s why they follow them. Not everyone wants to see a lot of promos and ads from the ABC stars. While all of the castmembers do promos, some of them deliver way more than others. And one fan sounds rather fed up with it. On November 24, the fan complained on Victoria Fuller’s Instagram.

On Tuesday this week, Victoria shared a photo of herself wearing a Lilias Active outfit. She captioned it with, ” “we love a matching set @liliasactive.” Some fans said that she looked “cute.” And others agreed that she “rocked” the outfit well. But a disgruntled Bachelor fan wrote, “All you do now is ads 🙄.” Victoria never responded, but we decided to check it out.

Perhaps other fans think Victoria Fuller shares too many ads as she doesn’t really write them into a story. Hannah Brown, another alum from Peter’s Bachelor tends to write interesting stuff about herself if she promos something. But definitely, she runs fewer ads for hair and makeup and beauty products. In fact, often, she promotes people or charities who do good things.

What do you think? Does Victoria Fuller run too many ads? Or does she simply post them as obvious ads without her personal story accompanying them? How many ads are too many? Sound off your thoughts in the comments below.

‘Life After Lockup’: Did Kristianna’s Sister & John Do the Deed?
‘When Calls The Heart’ Season 8: We Will See Elizabeth Move On With Her Romantic Life
Why Was ’90 Day Fiancé ‘ Alum Molly Hopkins’ Daughter Olivia Arrested?
‘MBFFL’ Whitney Really Misses Fun With Her Mom
‘Bold and the Beautiful’: Steffy’s Paternity Test Shocker This Week