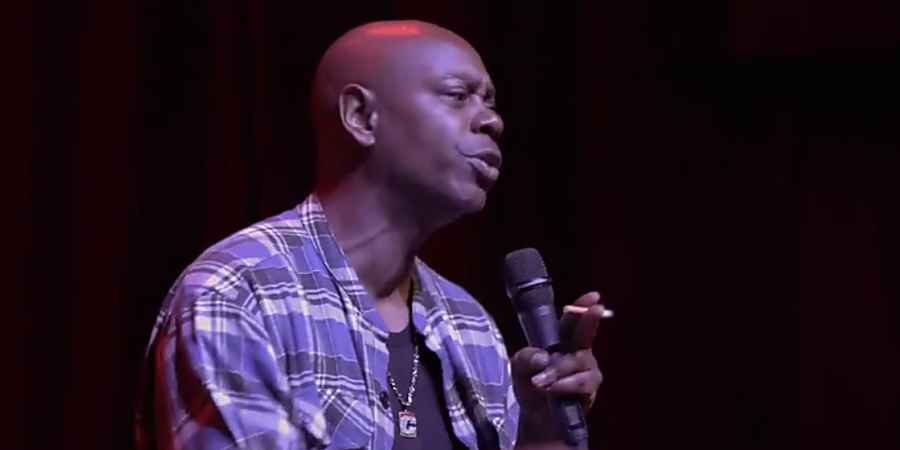 Comedian Dave Chappelle obviously didn’t find it funny that Netflix was streaming his 2000 sketch show. Netflix wasn’t keeping to the deal they made over the funny series. After he complained to the streaming channel, they have removed Chappelle’s Show from their platform. But it wasn’t only Netflix that was in the wrong.

Chappelle’s Show first aired from 2002 to 2006 on the Comedy Channel. It sounds like the comedy sketch has been controversial all along. On Tuesday, Chappelle posted a clip from a recent stand-up gig to Instagram. In it, he claims he never received royalties for the show. Besides complaining to Netflix, the comedian also mentions other networks.

In the video, titled Unforgiven, Chappelle castigates Comedy Central’s parent company ViacomCBS. This is for continuing to make his show available on HBO Max. In the routine, Dave points out that people probably think he made a lot of money from Chappelle’s Show. The 47-year-old comedian said this isn’t so, because he wasn’t paid when he left the show. Readers are warned that the clip below contains strong language. Watch the full video here.

Signing away the work for the contract

At the time of signing the original contract, he claims he was desperate. They told him he was getting a good deal. However, the small print meant that ViacomCBS and other parties could rebroadcast Chappelle’s Show. The contract he signed said the networks could do this without the obligation of paying him.

He goes on to explain that they were streaming his work, while never having to ask him or even tell him. This was perfectly legal because he signed the contract.

Chappelle had brought up the subject recently while hosting Saturday Night Live (SNL). He joked that his great-grandfather William Chappelle was born into slavery in 1857. Dave said he would have thought his descendant had been “bought and sold” more than he had even been.

Chappelle’s Show on Netflix and more

Following the announcement of Chappelle’s SNL hosting role, he found out that HBO Max and Netflix were going to stream his series. The comedian said how “furious” this made him. Chappelle called Netflix to tell them how bad it makes him feel. He said Netflix agreed they would take the show off their platform, just so he could feel better.

As noted by The Verge, Chappelle did praise Netflix for going “above and beyond what you could expect from a businessman.” However, he said they did something because they thought that he might think they were wrong.

While the video is funny to listen to, it clearly shows how the various entertainment networks can treat artists. Dave said he even thought of doing another Chappelle’s Show, but he can’t use his own name. It is in the contract. Chappelle tells his audience to do him a favor. He said they must not watch the Chappelle’s Show unless they pay him.

YUCK!! What Has Savannah Chrisley Done To Her Face?!
Who Is ‘Say Yes To The Dress’ Star Randy Fenoli’s Heroic Mom?
‘MBFFL’ Fans STUNNED By Whitney’s New Man, Accuse Her Of ‘Hiring’ Boyfriends
Danielle Busby Cranks Up The Heat, Flashes Hint Of Cleavage: See Photo
Adam & Danielle Busby Spill Secret: They Have A New Baby Boy!!!