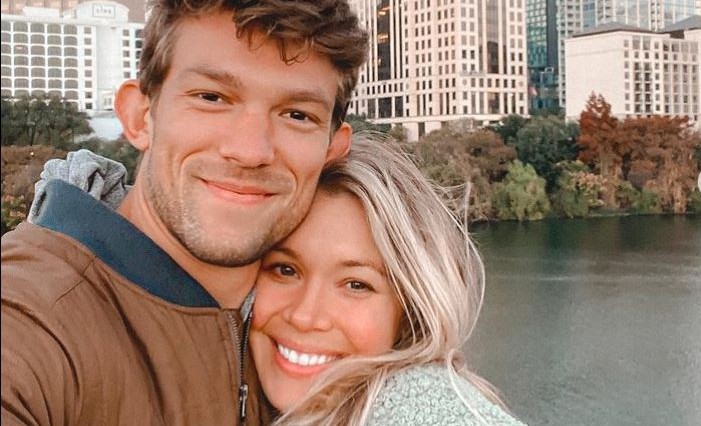 Bachelor in Paradise alum Krystal Nielson announced recently she is pregnant. She is expecting her first child with boyfriend Miles Bowles. She has been teasing fans that she will be releasing the baby’s gender soon. And now, it’s finally happened! Krystal and Miles have released a video with the big reveal. Keep reading to find out what Krystal and Miles will be having.

Krystal Nielson and Miles are having a ………

Krystal went to Instagram to share a video of their gender reveal. They used confetti canons to share the news. So, what is Krystal having? She and Miles will be welcoming a baby GIRL! Once they popped the handheld canons pink confetti flew everywhere.

She and Miles both expressed excitement at the big reveal. Krystal had a sash placed on her following the announcement which said, “grooming a princess.” No potential names have been shared for their daughter.

Krystal met Miles through his mother. She says she was at a wellness retreat and his mom was her accountability partner. They became great friends and she suggested Krystal meet her son. At first, Krystal refused saying it would be weird. She finally got curious enough to give him a chance and they quickly hit it off. They began dating this past May.

In August, Krystal discovered she was pregnant. In October she went Instagram official with her new man. She introduced him to fans and everyone offered her tons of support. Recall, she just recently also announced her divorce from Chris Randone.

Shortly after sharing her new boyfriend with the world, Krystal announced her pregnancy. And now, everyone knows these two lovebirds will be having a daughter to love and cherish.

They were both shocked to learn they would be a having a baby. However, she said she and Miles have always been on the same page about wanting a family fairly quickly. So, while it is early on in their relationship, they are both overwhelmed with joy at starting a family together.

Krystal praises Miles as being the perfect partner. She said Miles was completely speechless when she shared the news with him. She said, “I think we both were, because we were just like, ‘Whoa.’ But ultimately, we just felt really blessed that this was a gift for us to come together. It was something that we had been asking for, I had been praying about. I knew that this was my year to start a family, and sometimes things happen a little sooner than you expect, but like, there’s a bigger plan for us.”

Krystal shared she’s 19 weeks pregnant just six days ago. And, she is starting to feel her daughter kick. Such exciting times for this mom-to-be.

Attention-Grabbing Madison LeCroy Posts Texts And Selfie With Jay Cutler
‘Unpolished’ Exclusive: Lexi Martone Hates Online Dating And Is Done With Joe
Deavan Clegg Responds To Fans Dragging Her Over New Look
Is ’90 Day Fiance’ Alum Varya Malina in Geoffrey’s Hometown? [PHOTO]
Nick Viall May Have A Girlfriend, Who Is She?