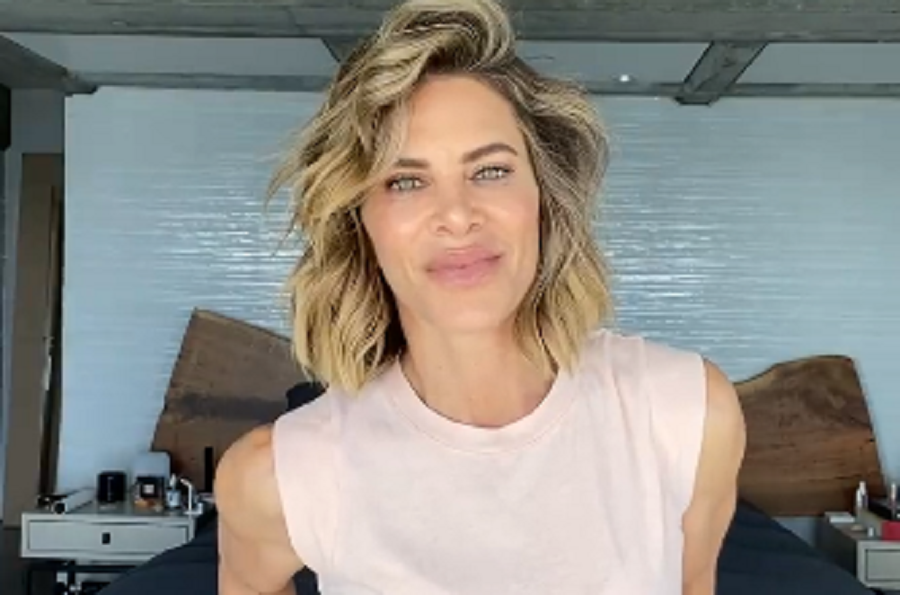 Jillian Michaels is ready to fight. On Wednesday, the Biggest Loser alum started a feud with several Bravo stars, including Teddi Mellencamp. As fans know, Teddi has been under fire for her All In by Teddi programs. Her former clients came forward and shared some shocking claims.

Those same customers think it’s a “scam” that promotes a “starvation diet.” Now, in a new recent interview, Jillian shared her thoughts on Teddi’s accountability business. She feels that the former Real Housewives of Beverly Hills star should stay in her lane. Jillian doesn’t appreciate a former Housewife entering the fitness industry.

Jillian Michaels puts Teddi’s All In on blast

The personal trainer made an appearance on the #ADULTING podcast with Zack Peter and Abigail Fraher. Jillian Michaels slammed the former RHOBH star’s accountability program. She stated that Teddi Mellencamp is not an expert on the subject of health and fitness. The 46-year-old fitness fanatic claims that the reality star does not possess the background, education, or formal training to sell fitness programs to paying clients.

She appeared on the Tuesday, November 24 episode, where the hosts asked her about Teddi’s controversial programs. Clients work with an “accountability coach” to help them achieve their daily diet and exercise goals until they reach their desired weight. Furthermore, Zack mentioned that Teddi’s programs made headlines for being too “dangerous” and too “restrictive.”

The reality star said she doesn’t comment on politics. Why would she if she doesn’t “understand half of these policies.” As for Jillian, she doesn’t think a former Real Housewife should advise her clients on health and fitness. Then, Jillian had some choice words for Teddi.

“I didn’t go to school to study foreign policy. You know what I mean? That’s not my lane,” Jillian continued. “I would say, stay in your lane. And when you’re in your lane, do your work.”

So far, Teddi Mellencamp hasn’t responded to Jillian’s remarks. But she did defend her program back in September. The former Bravo star lost 80 pounds after changing her own lifestyle. Then, Teddi wanted to help other women who wished to lose weight.

“I 100 percent feel confident in the fact that we let you know before signing up exactly what the program entails,” Teddi said on Instagram. “If it’s something that you want to do and you want us to hold you accountable to your goals, we are there to do that for you. If it’s not something you want to sign up for, you don’t. That’s why I love that we are very transparent from the beginning.”

It should be noted that Teddi is not a certified dietician or nutritionist. She’s just an accountability coach. Her method may not work for everyone. Amid the controversy, she released her cookbook, All in the Kitchen, in August that includes 50 “clean” recipes that supplement her All In “Jumpstart” and “Monthly” coaching programs. The programs cost $599 to start.

Danielle & Adam Busby Celebrate 15 Years Of Marriage: See Photos
‘When Calls The Heart’ Season 9 Has Started Filming: All The Details
‘Young And The Restless’ Kyle And Summer Get Their Happy Ending?
Zach & Jackson Roloff Surprise Matt Amid Family Emergency
Adam & Danielle Busby DRAGGED For Getting ANOTHER Designer Dog