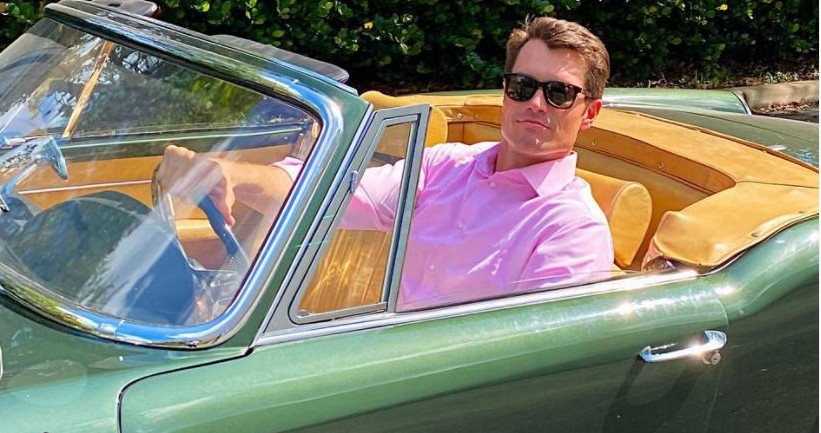 Fans have been loving Harvard graduate Bennett Jordan on The Bachelorette. However, last week during a group date he spelled many fairly easy words wrong. And, he also managed to answer some math questions wrong. Many questioned his intelligence as he makes it well known he graduated from Harvard. Now, Bennett appeared on Jimmy Kimmel Live to redeem himself and his educational background.

E! Online shared all the dirt on the quiz Jimmy presented to Bennett. Jimmy put Bennett’s Harvard education to the test last night on the show. He started out asking him some spelling questions. Of course, in true Jimmy Kimmel form, the words he was asked to spell were not exactly everyday words.

Before the test began, Bennett said, I’ve been hearing a lot from people from Harvard and across the board, you know, hating on it. But, I’m here to redeem myself tonight.”

The first word Jimmy asked Bennett to spell was “chlamydia.” He got that one correct. So, on to the next word. Bennett was even able to unscramble the word “boner.” After several questions that Bennett answered correctly he was given one final quiz. Jimmy asked him to spell Tayshia’s name correctly. Bennett got it right.

He finished with a perfect score. Bennett said, “I needed that. Thank you very much.” 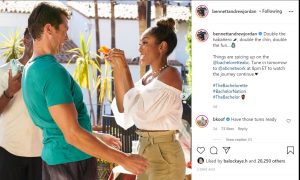 Some facts about the Harvard grad

Bennett is 36 and lives in New York City. While nobody seems to know his exact net worth, he is a successful managing director at a wealth and asset management firm. So, chances are he makes very decent money.

Bennett is totally boujie. He enjoys all the nice things life has to offer. Plus, he says he is used to having women chase him. So, he is enjoying his time chasing Tayshia.

He grew up in Atlanta, Georgia before attending Harvard. Bennett hates humidity and also shockingly hates golf. He kind of feels like he is the complete package for any woman though. He’s “successful and good looking.”

He admitted to Tayshia he has been engaged before. In fact, it sounds like he almost made it down the aisle. However, he realized it wasn’t right and she wasn’t the one. It was obviously something difficult for Bennett to talk about. Tayshia loved his openness and loves the layers she is seeing in Bennett.

He received a rose last night so is safe for another week. How far will he make it? Stay tuned to find out. The Bachelorette airs Tuesday nights on ABC.

Ben & Jessa Seewald Reveal Baby’s Name, But What Does It Mean?
UPtv’s ‘Love In Whitbrooke’ Takes You To A Romantic Small Town
Hallmark’s ‘Mystery 101: Deadly History’ Is Latest Signature Mystery Thriller
‘Love Island USA’: What To Know About Casa Amor, Including Air Date
Pregnant Robyn Brown Popping Out Baby To Save ‘Sister Wives’?!