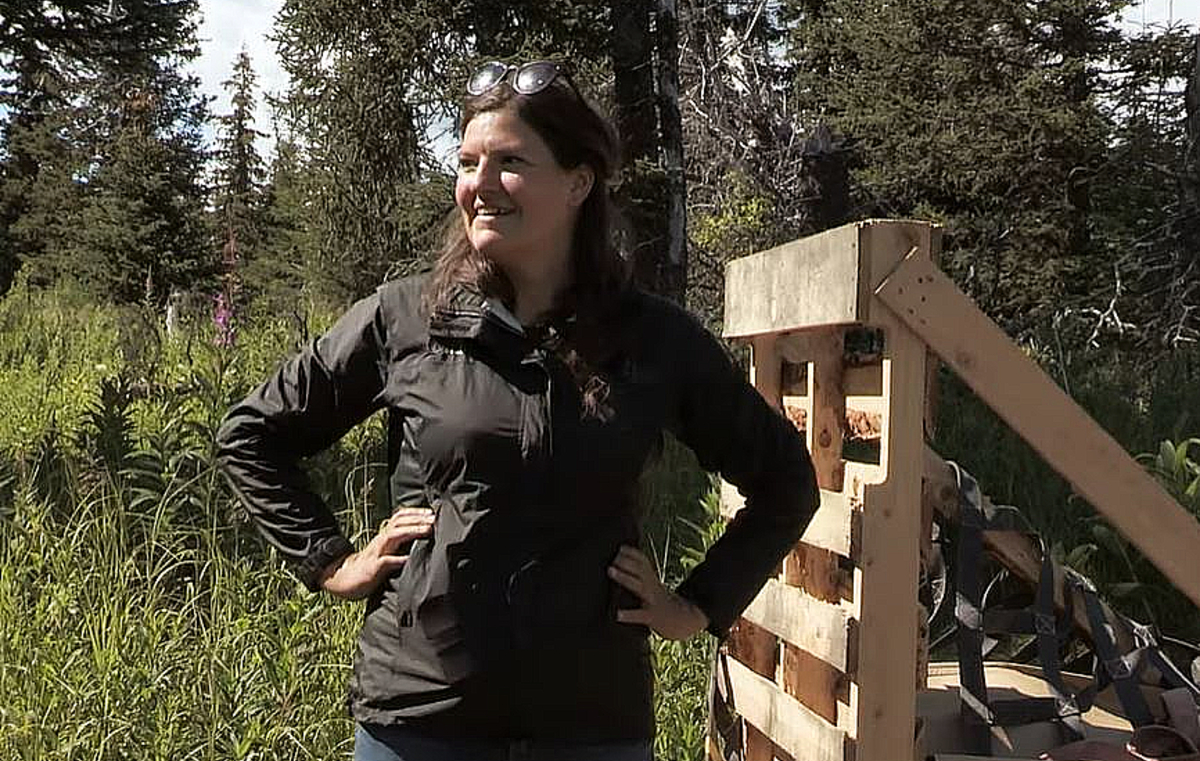 On this Sunday’s next episode of Alaska: The Last Frontier on Discovery, a large metal wood stove is a cherished new appliance purchase, and because of how remote the Kilcher family are located it must be airlifted to their home by helicopter.

Problem is, sway and the natural momentum of such a heavy item in the air is hard to stop once its energized, and Jane Kilcher watches first in giddy excitement and then in horror as it swings like a wrecking ball right towards their wooden home.

Will it be a pile of splinters or will the helicopter pilot jerk the load upward to avoid slamming into their home?

You will have to tune in.

It’s a lovely day in Alaska, no snow or rain in sight.

The Kilchers take advantage of this gorgeous crystal clear day and high summer’s extra daylight to forge ahead with improving their home. Atz Lee uses a helicopter to haul in vital newly purchased appliances and equipment. Seems like a slam dunk deal.

Jane is watching the air lift and says: “You want to set the wood stove on the deck… could you actually do that? I’d be afraid of like swinging.”

There is some discussion as to the merits of getting the hanging heavy load that close to the house. And where best to place it.

Will the house make it?

We see that the chopper is going to try to land the stove as close to the home as possible, and Jane says: “Perhaps right on the porch which would be
phenomenal because we don’t have to lift it up but we don’t know if that can actually happen yet, but it’d be a real surprise for us.”

Everyone holds their breathe as the stove starts to sway and then the reality dawns on them, it just may hit the house. Like a wrecking ball.
This unplugged tenth season is loaded with challenging surprises.

Also on the episode, Jane and Charlotte battle an angry nest of wasps, while Eivin fells trees and clears land in preparation for an upgraded chicken coop.