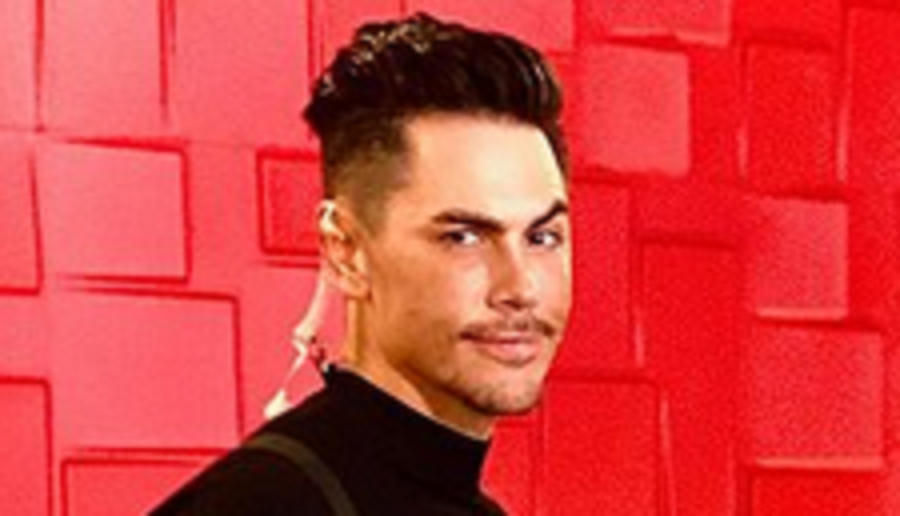 Tom Sandoval isn’t happy with Kristen Doute. He claims his ex-girlfriend fabricated their relationship in her new book, He’s Making You Crazy. He doesn’t even recall her owning lingerie from the time when they were together. While Sandoval thinks Kristen’s book is “entertaining,” he feels it had “a lot of inconsistencies.”

Back in June, Kristen released her first book, which is about her “funny, sometimes cringe-worthy” dating history. Unfortunately, that unfolded when Bravo fired her and Stassi Schroeder for her past racist comments. Even Kristen’s book agent dropped her. She found herself without a show and a book to promote.

The Vanderpump Rules star made an appearance on Watch What Happens Live with Andy Cohen on Sunday, November 22. Tom Sandoval admitted that he read Kristen Doute’s new book. But he doesn’t understand where she’s getting her stories. Sandoval doesn’t feel that the book actually portrays their relationship.

“I read that part of it. It was just a lot of inconsistencies,” Sandoval explained on WWHL. “First and foremost being our computer was in our living room and we always had a roommate. I don’t think I remember Kristen ever owning lingerie either.”

Then, Sandoval added: “It’s entertaining, I’m sure it’s an entertaining book.” It sounds like he didn’t read the whole book. He was curious to learn what Kristen said about their relationship. However, she didn’t name names in her book.

Instead, the 37-year-old left Easter eggs that were obvious for Pump Rules fans. Kristen referred to the bartender she dated for six years. Fans watched Sandoval and Kristen’s relationship crumble at the end of Season 2 after she cheated on him with Jax Taylor.

Shortly after their split, Sandoval started dating their costar Ariana Madix, who he was friends with. To this day, the couple insists that they waited until his breakup to become romantic. But Kristen still thinks that Sandoval cheated on her with Ariana. Despite their drama, Kristen and Ariana eventually became good friends.

In her book, Kristen said that being with Tom Sandoval gave her “body image” issues. Their relationship made her feel insecure. As fans know, Sandoval is kind of obsessed with his looks. Kristen wondered if his “I love yous” were really sincere.

“We would get ready together at his vanity, and when he said ‘you’re beautiful’ I wondered if he was talking to me or himself,” she wrote in her book. “His flat iron, oh, his f***ing flat iron. It was his most prized possession. Would he ever look at me the way he looked at it?”

In the book, Kristen claims that she wore lingerie for him one night. She wanted to do something super sexy for him. But he was busy playing online poker on their couch. That’s when Sandoval “pushed” her away and went back to his game.

This is the very story that Sandoval called out. What are your thoughts? Did you read Kristen’s book? Whom do you believe more? Sound off below in the comments section.