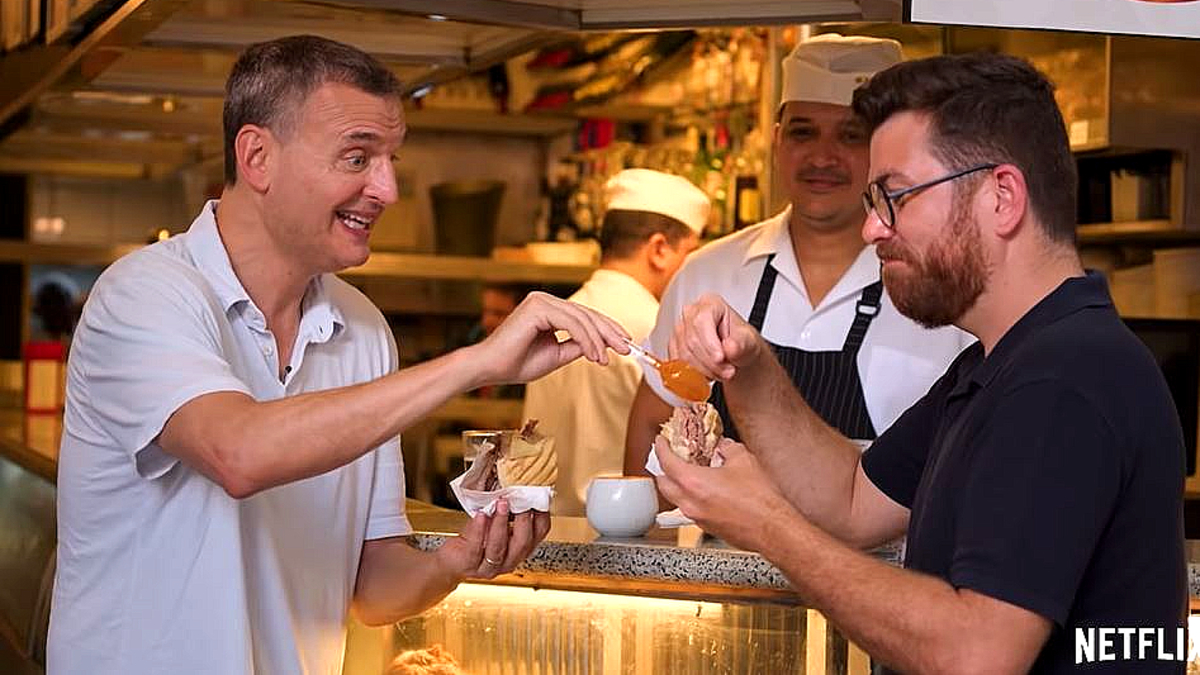 Netflix has a secret weapon in the fight against despair and gloom this holiday season. The fourth season of Somebody Feed Phil continues the world travels of the irrepressible Phil Rosenthal. a macher and a shaker in the TV world as his brother Rich, dad Max, wife and son are neatly folded into the guerilla-styled culinary explore.

They say you get the face you deserve by age 50. Showrunner-turned-food ambassador Netflix star Rosenthal is now 60, and his child-like wide-eyed countenance—if not for the bits of silver in his hair— makes him appear 25 years younger. Put the blame on his energetic and enthusiastic demeanor which has gifted him with a face that people immediately light up to when meeting him.

Not easy, this sneaky charismatic trick he has. But for lockdown viewing, season four of this huge Netflix Original hit Somebody Feed Phil is exactly what the doctor ordered to cheer up anyone who is low. Watching Rosenthal is an addictive adventure that is doing more to create goodwill for Americans than any paid politician or diplomat.

This 4th season of Somebody Feed Phil is hosted by Rosenthal, the esteemed creator and executive producer of the hit CBS comedy, Everybody Loves Raymond.  Phil’s brother Rich is the executive producer and his dad is the sweet comic relief as he video calls him to ask for a good joke, and chew over what grand adventure is underway or jaw busting sandwich he just polished off.

It’s evident he’s enjoying the gig and it all comes across as authentic, not to mention Phil’s devotion to his family, and his love for people in general. His energy infects anyone in earshot, as witnessed by scenes with strangers who are offered food, netting cheek kisses inside a Brazilian landmark, Confeitaria Colombo, or a shared meal at Na Minha Casa.

The founder of this café and school, João Diamante, is introduced to Phil by Chef Flavia Quaresma. Diamante is helping impoverished favela kids get a leg up in the culinary world.  These moments from the premiere episode of this season are just some of the touching encounters in a drool worthy and rollicking world tour that kicks off in the stunning city of Rio de Janeiro and ends up in Hawaii. 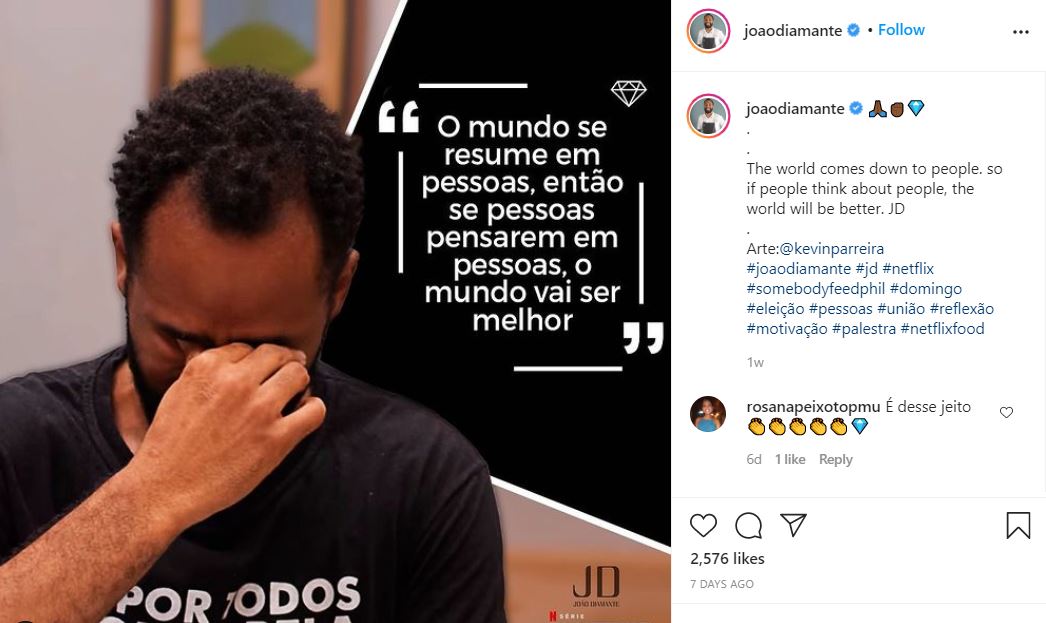 The knack that Phil has is that he effortlessly connects with people in an organic fashion; nothing feels forced.  His enthusiasm for cuisine is limitless. You get the sense he is truly interested in everyone and what they are doing in their respective countries to deliver the nom nom.

But his wide-eyed openness to all of it is his superpower. The pandemic may have altered our human interactions and ability to go out into the world, but at least while we weather the tough winter ahead of us, Phil can be our guide that inspires and uplifts. His show of course was filmed before the draconian lockdowns but it still gives us optimism that the world once again will be our oyster, and to do our part as generations of Americans sacrificed before to get back to where we were.

The new season comes on the heels of the immensely popular Season 3, which premiered on May 29, 2020 and became Netflix’s #5 most watched unscripted program for the month of June.

“Somebody Feed Phil” has garnered two Primetime Emmy Award nominations, including Outstanding Unstructured Reality Program and Outstanding Original Main Title Theme Music. The show took the 2020 Critics Choice Real TV Award for Best Travel/Adventure Series. Pure heart, part mirth, and all sincerity adds up to a travel and cuisine show that will leave you dreaming of dishes yet unconquered in your food bucket list.

There are a lot of great food shows on Netflix, but Somebody Feed Phil showcases what Phil does best, connecting with people with a compassionate view wrapped up in the delicious bacon of humor.

And along with cook, teacher and author Samin Nosrat’s brilliant Salt, Fat, Acid, Heat, and David Chang’s heartfelt turn at cuisine and culture, Ugly Delicious, Rosenthal connects with audiences in a deeply positive and personal way. His humor not as biting, nor commentary as wistfully melancholic at times like the late great Anthony Bourdain.

Rosenthal reminds us that the secret to life is connecting over the shared things we love like good people, a beautifully wrought meal, and leaving the dyspeptic differences that so many of us seem to have these days at the door.

And for that reason, my Thanksgiving thanks for great reality television in 2020 goes to Netflix’s Somebody Feed Phil, still fresh and to the point in its continued run.

Simon & Schuster announced that it will publish “Somebody Feed Phil: The People, Stories, and Recipes” by Phil Rosenthal, a companion cookbook to his hit Netflix show Somebody Feed Phil. Rosenthal is a James Beard award-winning TV host.

“The fans have demanded this book and I can’t take the yelling,” adds Rosenthal in a press statement. “It will be the next best thing to me putting you in a suitcase and taking you with me.”