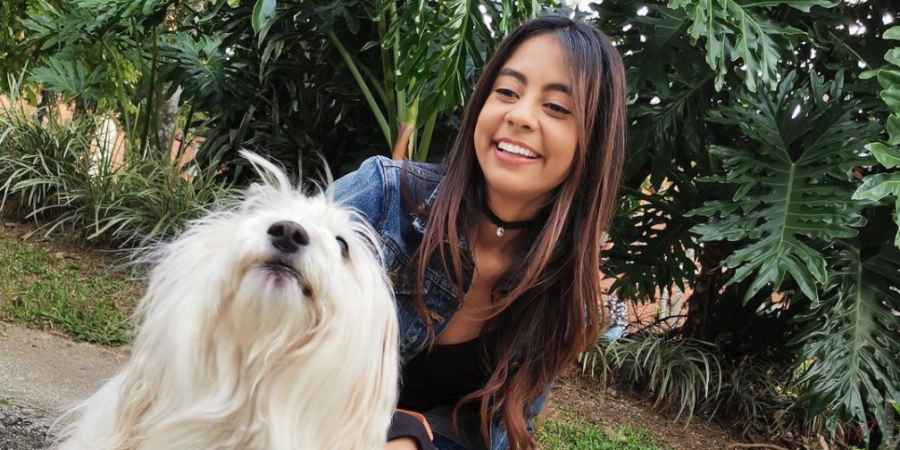 90 Day Fiancé: The Other Way fans have recently claimed that Melyza Zeta is boring on the TLC reality show. This is mostly because they rarely see a smile on the Colombian beauty’s face. In Sunday’s latest episode, they got to see Tim Clarkson tearfully leaving Colombia to head home to the United States.  Since that time, Melyza has posted images where she is smiling broadly. Does this mean she is actually happy that her American lover has gone home?

Fans know well that recent episodes of the TLC reality show were filmed some time ago. These episodes don’t necessarily reflect the current truth. Tim Clarkson and Melyza Zeta have been through a rough time, firstly because he cheated on her. For her part, Melyza eventually admitted she had been with other men while they were apart. While on the show, it seems they are together, no matter what, it is possible they are not.

Melyza has made a cryptic post to her Instagram account that puts doubt on their relationship. She uploaded an image of her smiling, with the worrying caption, “Plays Happier in the background.” This reference seems to relate to the song Happier by Marshmello and Bastille, which is thought to be a breakup song. Basically, the song relates to a couple who realize they can only be happy if they go their separate ways. By adding the name of the song, is Melyza hinting that she and Tim have split?

Browsing Tim’s Instagram page, it looks like he hasn’t been back to Colombia for quite a while. Admittedly, COVID-19 could have affected the situation. However, there is also little interaction with his girlfriend Melyza on his page. There is an image promoting 90 Day Fiancé: The Other Way on his account from October, which Melyza responded to. However, fans would need to browse back to February to see an image of the couple together in Colombia.

During Tim’s time in Colombia, his and Melyza’s relationship does seem to have improved. However, due to financial problems, Tim has decided he needs to return to the States. He feels the couple needs to be financially stable for their relationship to thrive. However, Melyza was doubtful, especially after she found out he had cheated on her before. Meanwhile, Tim is also still hurting after Melyza had a relationship while they were apart. It looks like neither of them is 100 percent sure of their relationship anymore.

As noted by Screen Rant, more clarity will maybe come from the remaining episodes of 90 Day Fiance: The Other Way. If not, fans could learn more during the eventual tell-all. In the meantime, they can catch the show on TLC on Sundays at 8 pm ET.