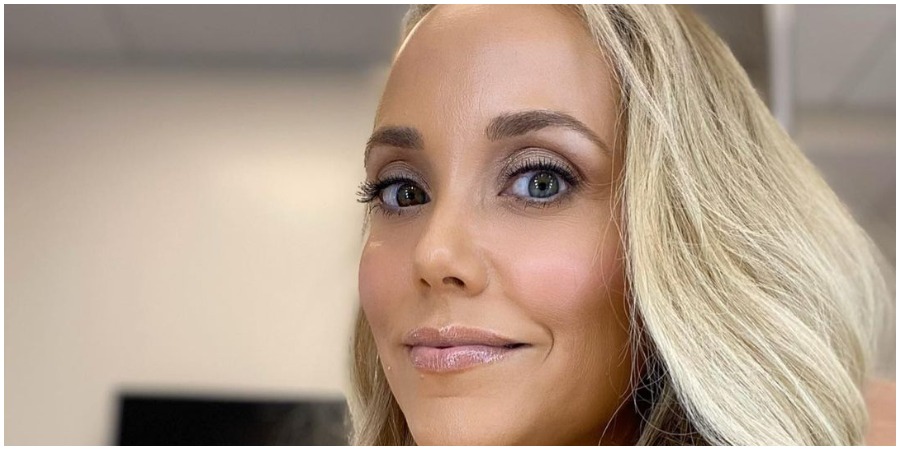 Elizabeth Berkley is opening up about how it felt to return to Bayside High for the upcoming Saved By The Bell reboot. The actress, who played Jessie Spano on the series, reprised her iconic role in hopes of bringing the show to a brand new generation.

Berkley recently told People Magazine that it was a very emotional experience to step back into the role. She also admits what it’s been like to working with her former co-stars, Mario Lopez, Mark-Paul Gosselaar, Tiffani Thiessen, and Lark Voorhies, again.

Elizabeth Berkley says returning to ‘Saved By The Bell’ was emotional

“It’s a very special thing we share. It’s touching to have all these years of people that you care about and that you’re rooting for. To be on those same sets with those faces I know and love so well feels like coming home.”

Fans will remember the show as a series about a group of California teens who went through the ups and downs of growing up together.

The show touched on everything from drug use, dealing with parental issues, teen drinking, break ups, and more. Berkley promises fans that the reboot will have a different feel. However, the new episodes will manage to pay homage to the original series.

“We wanted to introduce a new cast but also give fun winks and nods for the true fan. Saved by the Bell holds a special place in people’s hearts. It’s part of their childhoods, and that is sacred. We are all fiercely protective of that legacy.”

The actress insists that now is the perfect time for this show to air. Berkley promises that it will bring joy to those who loved the original series. Claiming that we could all use a little happiness on our TV screens at the moment.

“We all need this right now. For a nostalgic show to bring some happiness to this world, that is really meaningful.”

What has Jessie Spano been up to since the original series?

Clearly the #90sAreBack! Here's our throwback photo – let's see yours! Show us below and stream the new #SavedbytheBell this Wednesday on #PeacockTV! pic.twitter.com/ij6bMKGj3F

Meanwhile, the actress told TVLine that she simply couldn’t jump right into the role of Jessie Spano again. This time around, she need to know what Jessie was like as an adult woman.

“I really needed to know what she accomplished. [Jessie] was so ahead of her time, and had such a singular vision for herself… [Executive producer] Tracey Wigfield and I wanted to make sure we knew what actually manifested [between the original series finale and now]. She got her PhD, she’s a New York Times best-selling author of parenting books, she gave TED Talks and was involved in politics — and, of course, met someone, married him and had a child,” Berkley confirmed.

Fans will get to see Elizabeth Berkley and the rest of the Saved By The Bell gang when the reboot begins airing Wednesday exclusively on NBC’s Peacock streaming service.