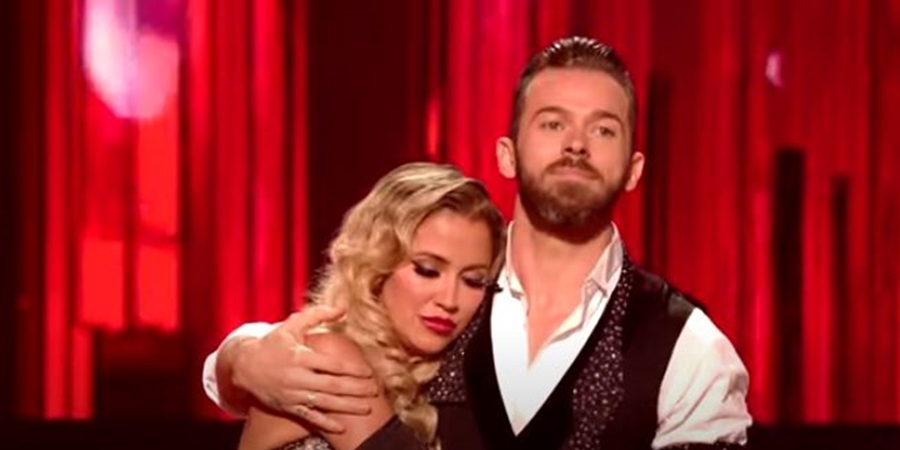 Dancing With the Stars aired the finale of Season 29. And the news quickly emerged that Kaitlyn Bristowe and Artem Chigvintsev won the Mirrorball Trophy. Not putting down Kaitlyn, many fans believed her win was a foregone conclusion. And, many of them remembered that without Artem, the win remained elusive. Many of them love that he finally took home the coveted trophy.

We reported that Kaitlyn became the second successive Bachelor Nation winner of the Mirrorball Trophy. Recall, last season, Hannah Brown and Alan Bersten won. But, many fans think the show’s loaded in favor of the Bachelor Nation stars. So already, people speculate on Tayshia Adams next season. Or, Clare Crawley, a less attractive idea for many. Of course, loyal fans of Kaitlyn seem over the moon about her achievement.

But other Dancing With the Stars fans turn their thoughts towards Artem. People reported that Artem worked with ABC show since 2014. But, he never won the Mirrorball Trophy. And, in fact, he found out ahead of Season 28 that they unceremoniously dumped him. The good news that he returned on Kaitlyn’s season arrived less than “a month after Chigvintsev welcomed his first child with fiancé Nikki Bella.”

Fans of Artem Artem Chigvintsev sound very pleased for him

Over on Twitter, many DWTS fans exclaimed their joy about Kaitlyn Bristow winning. One comment that mirrored many others said, “YASSSSS I KNEW IT!!!! @artemchigvintse and kaitlyn killed the season of
@DancingABC WINNERS TONIGHT!!!!! They brought the dang thang!” But others focused on Artem’s achievement.

And then, another person commented, “It was a setup for kaitlyn to win from the beginning. But im proud of Artem. The show was dumb for ever firing him.”

Another fan of Artem noted, “It’s sad that people are ruining this moment for Artem. He deserves this win and Kaitlyn was amazing. If you don’t like it then move on.”

Congrats to Artem for his first mirror ball!! #DWTS #DancingWithTheStars

Ahead of the DWTS finals, Kaitlyn acknowledged Artem and her dreams for him as well. She shared a photo of them sitting back-to-back. In her caption, she noted, “This is the last time I’ll bug you for votes because THIS IS FOR THE MIRRORBALL.” Then, after talking about her own dreams, she talked about her pro-dance partner on the show.

She mentioned it’s “for Artems first finale, baby and fiancé.” And the Dancing With the Stars winner wrote, “Artem…from wanting you as a partner 5 years ago, manifesting this, finally meeting you, an injured ankle hiccup, your brilliant choreography, a few 10’s and A LOT of hard work. Thank you.”

Are you also thrilled for Artem Chigvintsev who won his first Mirrorball Trophy? Sound off in the comments below.

Did This ‘Dancing With The Stars’ Pro Just Make A Pregnancy Announcement?
When Is Pregnant ‘Pump Rules’ Star Lala Kent Due To Give Birth?
Candace Cameron Bure Releases 3rd Children’s Book
Take A Look Behind The Scenes Of ‘Mystery At Blind Frog Ranch’
Jenelle Evans Claims Barbs Blocked Her From Seeing Jace