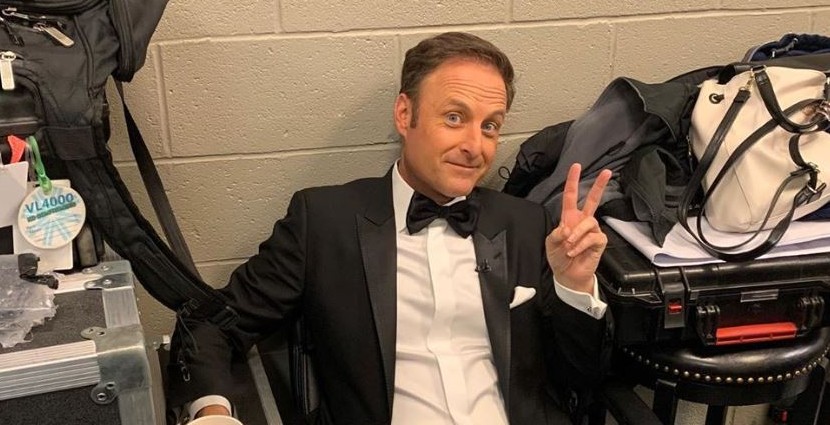 Fans were so disappointed when the worldwide pandemic cancelled Bachelor in Paradise. It threw off the entire Bachelor franchise. The Bachelorette was postponed in March and resumed filming in July. This timeframe would have been reserved for Paradise. So, since the season was cancelled, fans are wondering if the journey filmed on the beaches of Mexico will ever resume. Host Chris Harrison is updating fans on what he thinks will happen.

US Weekly shared some good news for Paradise fans earlier today. Chris shared that right now there is not a lot of information. However, he said the show will return. It’s simply a matter of when and who will be appearing.

Chris said, “Obviously, we didn’t shoot last summer, so now we are going to have multiple seasons, it’s going to be a murderers’ row of choices of people. “He continued,  “And I mean, I hate to say this, but there’s going to be people left on the bench that we love just because you can only have so many people on that beach. And right now, the plan is we’re moving forward. Clearly, we are like the rest of the world. This vaccine is on the horizon, there is hope on the horizon and where there’s hope, there’s roses and there’s The Bachelor. We’re always right there.”

He continued on with what will hopefully take place. Chris said, “In all seriousness, our dream scenario is Bachelorette is next. That’s our normal schedule. You know, we shot The Bachelor in the normal timeframe, we’re going to shoot Bachelorette in the normal timeframe — this winter/spring — and then that’ll lead us into hopefully the Bachelor in Paradise that we normally have in June. … I’m not Anthony Fauci here, but my dream is that the vaccine is working by then and we’re right back to normal.”

He praised the production staff

The pandemic has made everything difficult. Both The Bachelorette and The Bachelor have been filmed at exclusively at resorts. So, there has been no exotic traveling or even dates that are very fancy. The producers have had to get creative. And, with what they have had to work with, they’ve done great.

From previews it looks as if Matt James season of The Bachelor had more daring dates than Tayshia and Clare experienced so far.

And, while they have many choices for the new season of Bachelor in Paradise, one person has already been guaranteed a spot. That would be Bennett. Fans love the Harvard graduate and feel he would be a perfect addition to Paradise.