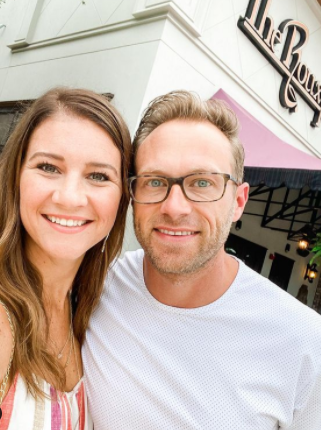 Outdaughtered star and mother of 6, Danielle Busby, was recently hospitalized for an unknown health issue. Fans are now blasting the busy family for their Thanksgiving day plans during a national  pandemic. Fans are warning the family to be careful while roasting them for traveling and putting themselves at higher risk of catching the virus.

Busby family health scare that ended in the hospital

Danielle and Adam Busby have six young kids, 5 which are quint girls that are always active and full of energy. Because of this, the two don’t seem to ever get any rest. Which is seemingly an issue for  Danielle Busby. While in the hospital, the doctor told her to rest. Fans know that isn’t easy to do in their crazy-active home. Viewers did worry that she could have these symptoms due to Covid-19. She was tested for the virus while in the emergency room.

Still so many questions and not many answers!

Thankfully the Covid test came back negative. The issue is that she still doesn’t have any answers. Daniell was referred to a specialist to have more tests done, according to In Touch Weekly 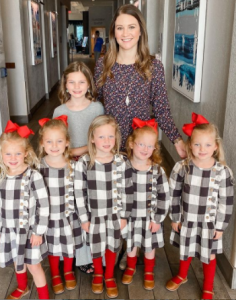 that received so many negative comments was posted just a day ago. The post from Danielle is as followed, ” “You may think I’m at a shoe store … but NOPE! Just the living room, packing the quints for Thanksgiving trip. This may require its own suitcase. I kinda think these quints of mine are their own kind of ‘housewife packers’ [laughing emoji] ‘my shoes, get their OWN BAG,’” the reality star mama, 36, quipped in her caption next to a photo of the girls’ fancy footwear on Sunday, November 22.

The people that love to judge comes out of the woodwork

Several people jumped under the post to add their two cents to the post. Many people did have general concerns about the family traveling with Covid cases on the rise.  “Please social distance,” one social media user replied. “Thank god someone here said that,” another added. A third questioned their decision to travel, while others passionately defended the brood. Though some were just being nosey and rude, some were just looking out for the family! One person came to their defense saying “Please mind your business. They are aware of what’s going on and don’t need people constantly saying it,” a fourth person argued on their behalf.

It seems that the busy Busby mother will be getting some rest while spending time with family. Recently she posted on Instagram that she will be “slowing down” and resting more often until doctors figure out the issue.