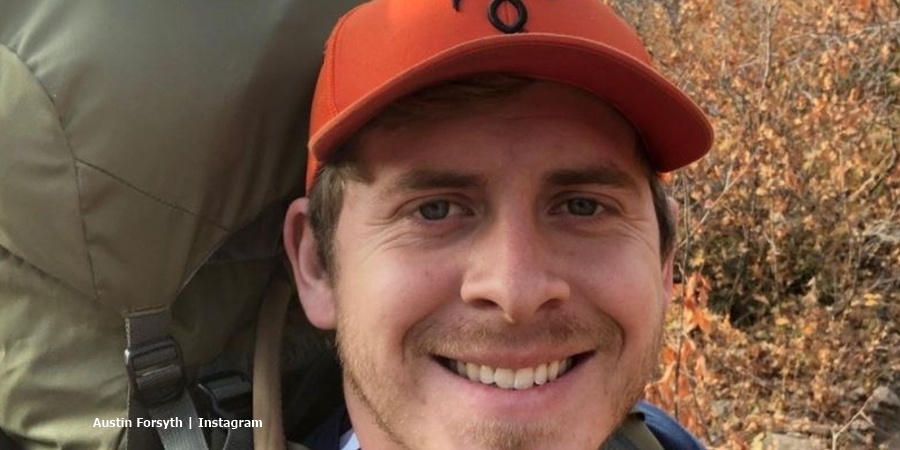 Austin Forsyth and his wife Joy-Anna Duggar enjoy hunting. Every year they try and get out in the wilderness for some Elk. And every year they get trolled on. Many Counting On fans defend them. But this year, Austin slammed back at one anti-hunting critic.

Austin Forsyth and Joy-Anna get critics for hunting

We reported that last year, the couple went hunting in Colorado. Joy-Anna shared a pretty photo of early snow in October. And in her caption, she noted “Y’all! I got to come with the guys this year on their Elk Hunting trip!” Well, fans know from the TLC show, that Joy-Anna always enjoyed being a bit of a tomboy. And, they saw her shooting at the range many times. But that didn’t stop people from trolling her for hunting.

On November 23, The Hollywood Gossip reported that “Over the weekend, Joy-Anna posted a few photographs from a trip her and Austin took… into the woods to shoot and kill some innocent animals.” Okay well, that reveals the outlet’s stance on hunting. Maybe that’s why when Austin Forsyth shared about hunting on the same day, he slammed a critic who hated on him for killing animals.

Critics get to Austin Forsyth

In his post on Instagram, Austin shared some photos taken in Oklahoma. Two of them revealed the buck they killed while Joy-Anna stood with him and smiled widely. He captioned it with, “Thankful for these last four days and the time we got to spend with @jeffdanker and his crew!” Then he talked about “good people,” and “great fellowship.” And, he sounds rather proud of the buck he shot.

Of course, anti-hunting critics slammed them for killing the animal. One said, “What happened to THOU SHALT NOT KILL.” Well, Austin Forsyth seemed a bit irritated by that and he replied. The Counting On star said, “God was talking about people. He commanded the Israelites to sacrifice thousands of animals. Maybe studying the Bible before you start quoting it?”

But before long, he grew even more annoyed and waded in with an angry comment.

It seems that the Forsyth’s grow irritated as apparently so many people think they’re experts on animal conservation. One follower wrote, ” why would you kill a deer and post it all over social media. You are out hunting for animals that don’t need to be hunted in the first place.” Then, Austin Forsyth lost it and slapped back.

Joy-Anna’s husband replied saying, “so now you are a conservationist that knows when the herd is to be thinned and when it doesn’t. Professionals get paid to do that kind of stuff, I’ll leave it up to them to decide.”

It certainly looks like no amount of complaining stops Austin Forsyth and JoyAnna Duggar from hunting, And no doubt, next year, they pack up their guns and head off into the woods again.