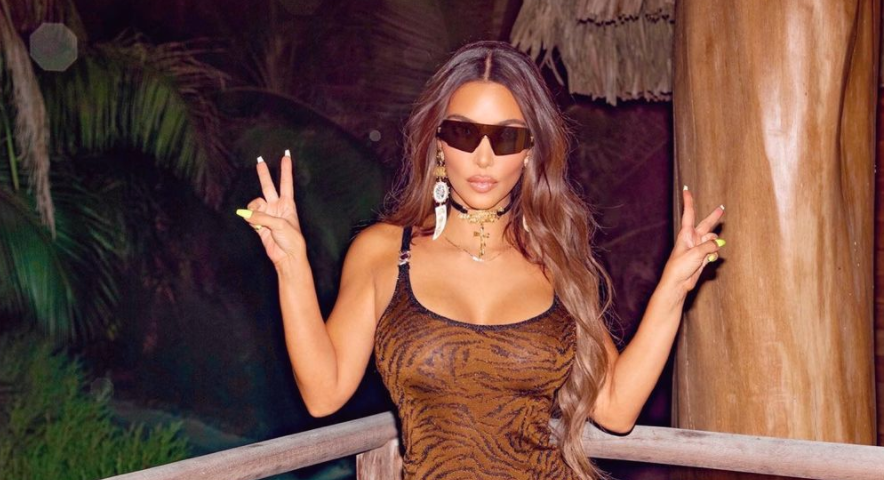 Today marks the ten year anniversary of one of Kanye West’s most famous albums, My Beautiful Dark Twisted Fantasy. Now, Kim Kardashian is revealing where some of the iconic lyrics came from.

Kim Kardashian and Kanye West started dating back in 2012. Kanye’s album My Beautiful Dark Twisted Fantasy is celebrating it’s ten year anniversary today. However, the song Lost in the World from the album, is based on a birthday card Kanye wrote Kim for her 30th birthday Yahoo! says.

While that math doesn’t quite add up, apparently, Kanye was writing to Kim long before they had ever dated.

As it turns out, the lyrics were a poem. Apparently, Kim reveals that she keeps everything so she still has the card with the original poem.

“For those that don’t know the story behind ‘Lost In The World’…Kanye couldn’t come up with some of the lyrics but then realized he had then [sic] in a poem he had written me that was my birthday card he gave me for my 30th birthday. He took the poem he wrote me and made it the song. I keep everything!”

How sweet is that? Kim and Kanye’s relationship really was thought out so long before it came to be. Above all, it’s crazy how poetically he was talking to someone he was only friends with. It’s like they are always meant to be.

So, the same lines from the card that are in the rap are as follows:

Kanye signed the card “All my love 4ever Yeezy.”

This isn’t the only time

According to Yahoo! this isn’t the only time that Kanye talks about his now-wife in a song. For instance, in the early album Cruel Summer, he is talking about Kim falling in love with someone else.

Did you know that these lyrics were about Kim Kardashian? Let us know what you think in the comments below. Come back to TV Shows Ace for more news on your favorite Kardashian and Jenner family members.

Amy Roloff Offers Valentine’s Day ‘Gram’
What Do We Know About The Future Of ‘Bringing Up Bates’?
Some ‘Sister Wives’ Fans Disgusted By Treatment Of Christine Brown
Carly Waddell Of ‘BIP’ Isn’t Afraid To Ask For Help
Loren & Alexei Brovarnik Juggle Parenting With Jobs