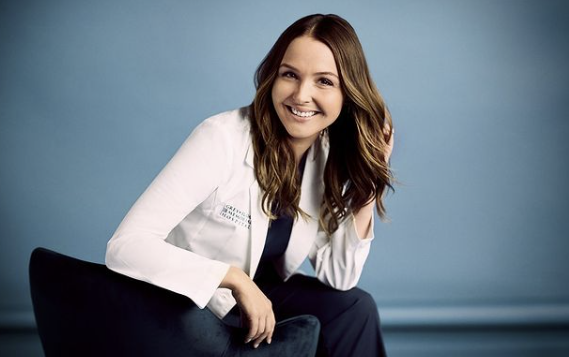 Grey’s Anatomy character Jo Wilson has been on a wild ride lately. She and Alex Karev were happily in love — and then he mysteriously vanished and went back to his ex, Izzie Stevens. Camilla Luddington recently sat down with Good Housekeeping to discuss where she thinks her character will go now.

Even though many fans were upset, Camilla thinks it was an appropriate exit. Justin Chambers didn’t want to do the show anymore, so what else could the writers do?

“It did feel like probably the only way that [Alex] would leave her, I couldn’t really imagine another way,” Camilla told Good Housekeeping. “So in order for them to break up, it, to me, did make sense, even though it was really shocking.”

But now, Jo has to work on herself and figure out how to move on from Alex.

“You do see that Jo has moments where she doesn’t want to go to work,” Camilla continued. “She finds it really difficult, stressful, and depressing. She struggles and she’s looking for comfort, and I think she’s also looking for friendship this season.”

That’s an incredibly fair point. We’re only a few episodes into the season and we’ve already seen surgeons break down after losing patients to COVID-19. During the premiere, we saw Jo seek comfort in Jackson Avery. They tried to have a hook-up, but it didn’t exactly go according to plan. A steamy make-out session quickly turned into tears.

Jackson and Jo don’t typically have a lot of scenes together, but there is definitely room for growth there.

“I could not stop laughing,” Camilla said as she remembered reading the script. “Honestly, Jesse [Williams] and I, we get along really well. We laugh a lot together anyway. But we don’t necessarily work together a lot, and for a long time now, I’ve been asking to work together. So, when these scenes hit, we thought it was hysterical. I was excited to film it, because I also loved that Jo was putting herself out there.”

But Jo Wilson’s Happiness Is What’s Most Important

At the end of the day, Camilla Luddington says she just wants Jo to be happy, even if it’s with Jackson Avery. However, she isn’t hopeful that Alex will come back to her.

“I really want Jo to have a family. I think that’s something she’s craving, and I think that it’s something that she loves the idea of,” she says. “So I would like to see her happy with a partner, whoever that is … and maybe some kids.”

Jackson already has a daughter with his ex, April. Jo could potentially be an amazing step-mom.

What do you think? Do you ship Jo and Jackson? Let us know in the comments below. Grey’s Anatomy is skipping a week due to Thanksgiving, but make sure to check back next week for more action and drama.

In the meantime, be sure to follow Camilla Luddington on Twitter. She occasionally shuts down Internet trolls here and there.