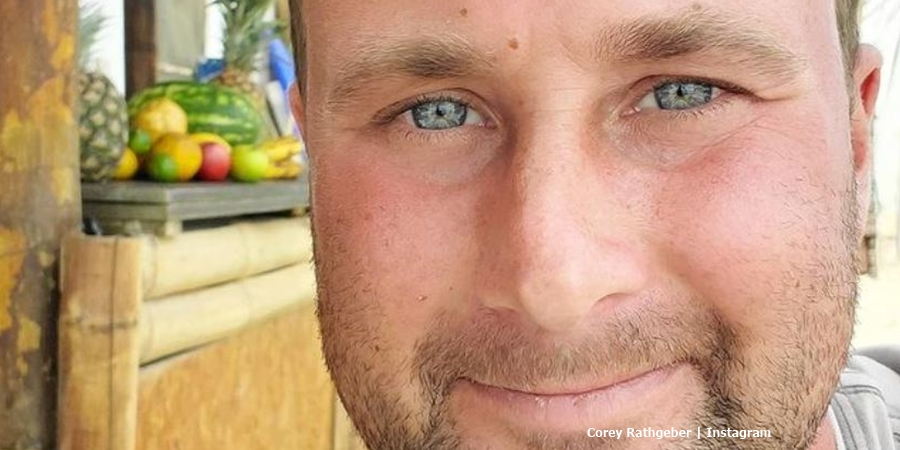 Corey Rathgeber’s an alcoholic, according to Evelin Villegas. And on the weekend, she also called him out for keeping it “a secret.” She called on his family for intervention, as she claimed that he won’t admit he’s got a problem or seek help for his alcohol addiction. Unsurprisingly, Corey just refuted her claims.

We reported that Evelin shared a long post in her Instagram Stories. She told her fans that she struggled with Corey and his drinking addiction “for two years.” But she reached her wit’s end and declare herself “done” with it. Then, she explained that the reason she went public. It revolves around the fact that Corey allegedly cares about what people think of him. She wrote about how he won’t accept he’s got a problem and he needs to do that.

Well, the 90 Day Fiance star felt that Corey’s family should step in. We also noted that as Corey Rathgeber invested in the beach bar, he hardly lived in the right place to fight alcohol addiction. Notably, if Evelin th0ught outing him publicly motivates him to admit he’s an addict, it just failed. On November 22, he took to his Instagram and denied her claims totally.

Not an alcoholic claims Corey

Corey shared two photos of himself with his surfboard. And, he captioned it with, “I am a very happy and healthy individual. However, I appreciate the concerns directed towards me. Please know everything with me is complete okay 🙂. #surf #healthy #healthylifestyle.” Later he said, “I am not an alcoholic.” Well, just because people surf doesn’t mean they can’t suffer from addictions. After all, former double world champion Thomas Victor Carroll battled with addictions for years.

Then, Andy Irons, “three-time world champion and Surfing Walk Hall of Famer” also struggled with addiction. In fact, it eventually contributed to his untimely death. Hopefully, Corey Rathgeber takes Evelin’s accusations to heart, if he also struggles with any addictions. However, as he denies it now, 90 Day Fiance Fiance fans may never know for certain. While Evelin sounded a bit desperate, it’s hard for fans to know what really goes on between these two TLC stars.

One fan said in the comments section, “She swears it’s true & I am DEFINITELY NOT saying it is. I’d watch your back tho because she’s…pretty vocal.” However, another fan noted, “Nothing wrong with being a working happy alcoholic.” And then, they talked about living “in paradise” and no “rushed 9-5pm miserable life.” But someone else slammed Evelin. They noted that she surrounds herself with drinkers and alcohol. So, she can’t really help him at all.

Once again, fans of Corey Rathgeber urged him to go back home and forget about Evelin. Clearly, they don’t make each other happy.