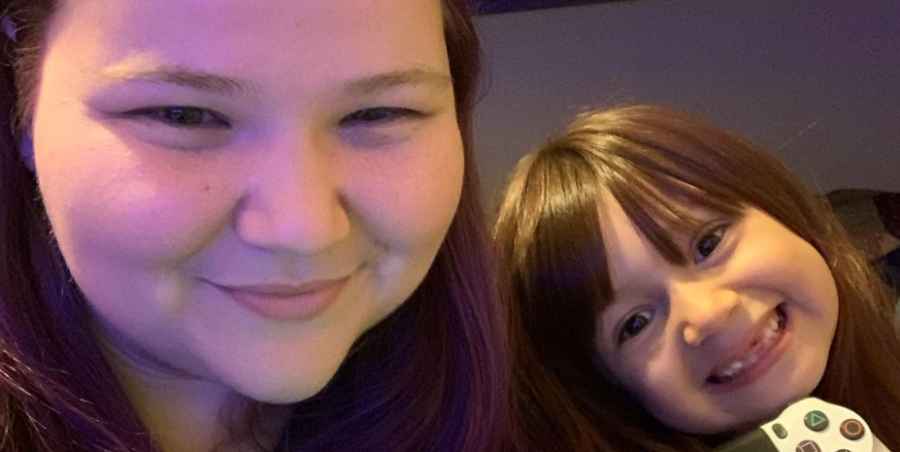 90 Day Fiance alum Nicole Nafziger has become infamous for her many click-bait posts on Instagram. One post announced that her Moroccan boyfriend Azan was dead. However, a recent post on her Instagram Stories made it seem she was pregnant. After her many lies, fans are finding Nicole not to be believable.

According to Nicole Nafziger herself, it is time to put the pregnancy rumors to rest. This is after the TLC reality star got into trouble yet again with a click-bait, fake pregnancy post on Instagram. Nicole always has to clear up the controversy that she herself starts. First, Nicole had to admit Azan Tefou was still alive after she posted about his death. Now, the 90 Day Fiance alum wants to admit she isn’t pregnant.

Nicole has had a rough time of it over the past few years over Azan and many rumors. For one thing, he body-shamed her over her weight and at one stage, rejected her advances. Near the start, Azan even claimed he only liked her “55 percent.” This isn’t exactly the words of a dedicated lover.

Azan, girlfriends, a wife and kids?

Rumors flew around the web about Azan, saying he had girlfriends all over the world. There was another rumor doing the rounds, saying he was married with three children. On top of this, Azan allegedly duped Nafziger out of $6,000. Wedding plans were apparently made three times and, in each case, Azan canceled them. Despite all this, however, it is Nicole’s click-bait content on Instagram.

Time after time, Nicole’s followers have fallen for her famous link-in-bio Instagram tricks. TLC fans were also fooled by Nicole’s sonogram images. However, after she posts them, she denies pregnancy rumors. Why does she do it, then deny it? However, the latest image with a floral bouquet led fans to actually believe she is carrying Azan’s baby. Let’s face it, she was locked-down in Morocco for several months during the pandemic.

90 Day Fiance fans are ‘together and happy’

On her latest post, one fan decided to directly ask Nicole about the rumors. They wrote, asking if they can ask two questions. One question related to whether she and Azan were over, while the other was about whether she is pregnant. Nicole immediately responded saying she is not pregnant. She also added, “Azan and I are very much together and happy.”

As noted by Screen Rant, Nicole has also admitted recently that she works for a company and gets paid to post those click-bait “link-in-bio” links. However, maybe Nicole is working on getting her and Azan back on the TLC reality show. Their up-and-down relationship has lasted across four seasons of 90 Day Fiance, including Happily Ever After. Maybe, just maybe, her fake pregnancy posts and killing off Azan, as well as impersonating Azan herself on Instagram, could be a plot for another TLC reality spin-off.

In the meantime, fans can catch 90 Day Fiance: The Other Way on TLC on Sundays at 8 pm ET.

‘Below Deck’ Chef Rachel Hargrove Tried Out For ‘ANTM’
Does Christine Brown Normally Get So Much Hate On Instagram?
‘Animal Kingdom’ Renewed for Sixth and Final Season by TNT
‘Saved By The Bell’ Star Diagnosed With Stage 4 Cancer
Jill Duggar Shares New Recipe–What Is It?