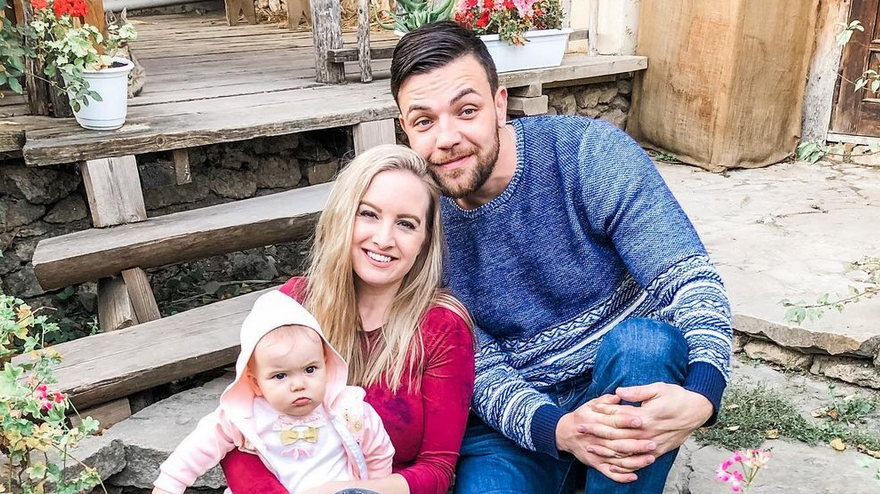 90 Day Fiance beauty Elizabeth Potthast recently posted personal before and after weight loss pictures on Instagram. The problem is that many fans are saying the only thing that changed was the outfit.

90 Day Fiancé: Happily Ever After? star Elizabeth Potthast is cashing in on her reality TV show fame. The beautiful Elizabeth has gained a large following on Instagram and she’s using that to her advantage. The petite Elizabeth is promoting a weight loss product on her popular Instagram page. She recently shared before and after pictures, but many fans quickly pointed out that they couldn’t see any difference between the two images. One commenter candidly stated, “She looks the same. Where the difference?” 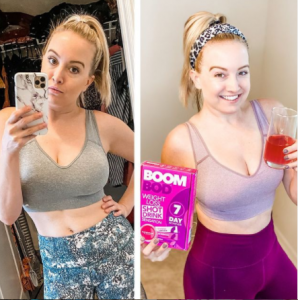 A little back story on the TLC show

Fans will remember Elizabeth from her appearance on 90 Day Fiancé: Happily Ever After? Season 5 alongside her attractive husband, Andrei Castravet. The two had some pretty large arguments during the taping of the series but managed to stay together. One of the issues that the couple had was Andrei’s lack of work. While Elizabeth worked 40 hours a week, Andrei stayed home with their daughter. Which wasn’t too big of an issue, except Elizabeth’s mother could watch the child so Andrei could bring in some much-needed cash.

Andrei and Elizabeth seem to be doing better

They two recently celebrated their third wedding anniversary. They both posted a bunch of happy photos on their social media accounts. Fans were happy to see that it seems the couple is also making progress financially because the Moldovan native has reportedly acquired a real estate license after completing his real estate course. He’s currently employed with a top-ranking real estate company in their home state of Flordia.

Elizabeth received the opportunity to promote a weight loss product on her Instagram. She went on to post before and after weight loss pictures with the caption, “7 days of @boombod is the only thing needed to feel my best!” Fans weren’t impressed and hardly anyone seemed interested in purchasing the product. Some fans even called out the former TLC star for being a “sell-out” and advertising a product that’s “sh*t” and “crap.” They said things like, “It doesn’t work!!” and “Stooping Low for a buck!”.

Many 90 Day Fiancé viewers continued to slam Elizabeth because they didn’t see any of her weight loss. One of her followers argued that she looks the same in both images, “just different outfit lol.” Another stated that she hasn’t lost any weight and has only changed the “lighting. What a phony.” Somebody else wrote, “What’s being sold here? I see no difference.. besides camera lighting and higher up pants.”

In reality, she doesn’t need to lose weight

Elizabeth has always been small and doesn’t seem to have any weight issues. Maybe fans can just be happy to see that the couple is doing well after such a tough season.