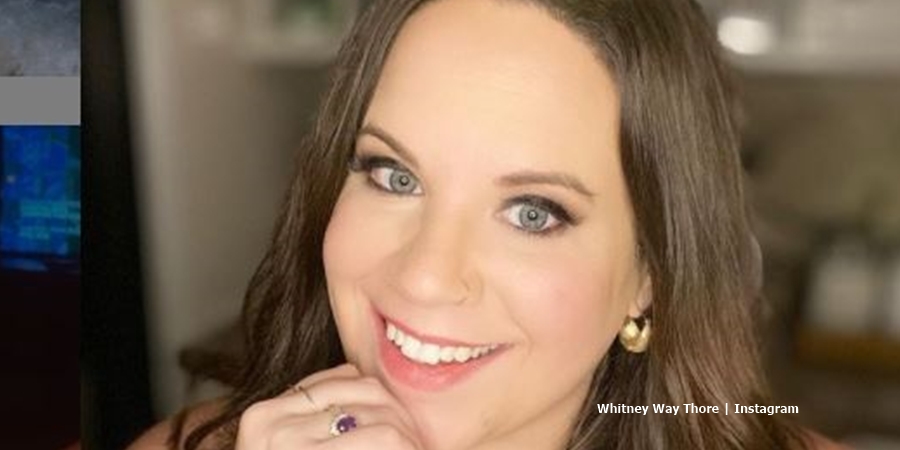 Whitney Way Thore just stunned her South African fans. She revealed that she visited South Africa, but nobody even knew about that. So, they want her back again. And next time, she promised her fans that she’ll let them know about it. After all, she accumulated lots of South African fans from My Big Fat Fabulous Life.

On the weekend, Whitney posted up a short video that revealed her dancing with some South Africans. She danced a traditional-style dance. And fans who live in South Africa knew immediately that she visited Sun City. The MBFFL star captioned her video with, “A beautiful day 5 years ago in 🇿🇦!” Then, she talked about how her job with TV “allows” her to “travel the world”

Next, Whitney Way Thore said, “I’d just come back from a safari where I got to observe several elephants from just feet away when these lovely women invited me to dance with them.” Pleasing her fans from that country, she ended with, “South Africa was such a welcoming country. So many sweet fans everywhere I went. I hope to go back soon!”

Of course, My Big Fat Fabulous Life fans who live in South Africa felt really sorry they missed her. So, they asked Whitney to please let people know next time. After all, they hardly ever get a chance to meet American reality TV stars in Africa. So, Whitney said that she definitely will announce it next time. Other TLC Africa fans seemed thrilled that she even stepped foot in their country.

One fan of Whitney Way Thore commented, “We love you so much here 💕. I’m so happy that you enjoyed our country 🇿🇦❤️ and we LOVE dancing in South Africa 😂.” And another one said, “👏👏👏👏🇿🇦❤️ Live in SA! Wow you were here!” Others wondered how come they missed it on MBFFL. But Whitney said they never filmed that trip for the TLC show.

Sun City could use someone like Whitney Way Thore visiting there again. Right now, they struggle with a lack of tourists. And only recently, did they re-open because of the coronavirus. Amazingly, the luxury resort survived a 150-day lockdown without staff cutbacks. Instead, the people there stayed on in a country where thousands if not millions of people lost their income.

The resort with a world-class golf course, casinos, a nearby game park, and luxury hotels used the lockdown to prepare for the post-pandemic new normal. Now open again, the country just waits for the USA to get off their list of banned high-risk COVID-19 countries. Since March this year, South Africa’s 60 million population experienced 765K cases, with 708K recoveries. And their death toll stands at 20.8K.

So hopefully, the USA numbers start dropping so Whitney Way Thore makes her way back there. Certainly, her many South African fans would love an opportunity to meet her! But of course, she has health issues so probably, she waits for a vaccine to come out.