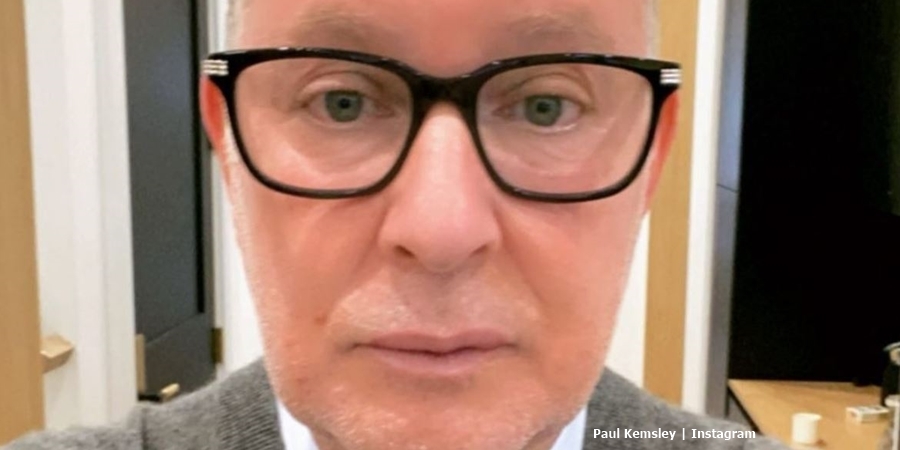 PK Kemsley often jokes around on his Instagram. And sometimes, fans wonder if he’s serious or not. The husband of Dorit usually returns later and tells fans if he jokes or not. But even so, some Real Housewives of Beverly Hills fans miss the joke and get all worked up. This weekend, he freaked out some fans when they saw his belly-buster breakfast.

Dorit’s popular on The Real Housewives of Beverly Hills. And, while they might not see him as often, Bravo fans also like Paul Kemsley. Mainly, they like that he always stands by his wife during drama on the show. However, they also love him because he jokes quite often. Actually, people still scratch their heads over whether he really acted in Titanic. That claim came from him back in mid-October.

Actually, the RHOBH star hardly ever gets terribly serious on his Instagram. And yet fans fall for his jokes time after time. This time, Paul took to his Instagram and shared about Dorit and the kids away. So, he made himself breakfast. He shared a photo of the meal and it looked like a belly-buster. And, not all that healthy either. Typically, some fans believed PK Kemsley actually ate all of it.

The photo that PK shared revealed a big platter with five eggs on it. Additionally, black pudding, fried tomato and many sausages featured. Plus, something that might be chops sat alongside bacon slices. And, three slices of toast, baked beans and a few mushrooms. Next to all of that stood a range of sauces.

PK Kemsley captioned it with, “I get lonely when my wife disappears to work, the kids are in school, so I thought let’s do something healthy, something for myself, did a little meditation and some thinking on my own over breakfast.”

Some fans missed the joke

Shocked fans swallowed the joke whole. One RHOBH fan wrote, “A cholesterol shock.” And another one said it looked like a “heart attack” meal. “OMG surely that isn’t for one person?” asked another fan. Then this comment came in: “That’s a bigun PK, better polish it off before Dorit gets home…you’ll be for the high jump.” But a lot of people got the joke. One who didn’t get it asked if he really ate all of it. So, PK  said he’d tell them later as he’s “still eating.”

Later, PK Kemsley told people he just joked, and no he didn’t eat it. But for his British fans, some of them thought it looked totally delicious and they’d have tried eating everything.

What do you think of the belly-buster breakfast that PK shared? Do you love an English breakfast or think there’s way too much fat in it? Sound off in the comments below.

‘Bering Sea Gold’ Is Back For Season 13: Airtimes, Who Is Back On Discovery Show?
Why Is ‘Deadliest Catch’s’ Josh Harris Working On The Time Bandit?
‘The Bachelorette’ Spoilers: Did Fans Just Figure Out Katie Thurston’s Final Rose?
‘Return to Amish’ Stars Daniel and Maureen Engaged?
‘Below Deck Sailing Yacht’: Who’s The Father Of Dani’s Unborn Child?