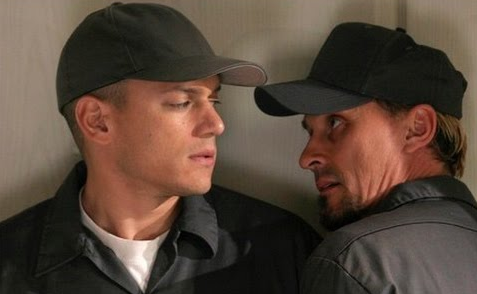 Wentworth Miller broke the hearts of Prison Break fans everywhere when he revealed he was officially done with the series and Michael Scofield. As we’ve previously reported, Wentworth explained he was not interested in stepping into any more straight male roles. He wanted to express and support his sexuality. And, how did he want to do that? Well, by only stepping into the role of homosexual characters.

Prison Break fans have been pushing for Season 6 for years. So, it shouldn’t be too surprising that they were not willing to let it go even after Wentworth confirmed he was done. In fact, fans suggested there was an easy solution to this problem. Who said Michael Scofield had to be straight? Couldn’t he leave Sara? Couldn’t he be gay? Fans believed this was an easy solution to the problem. Wentworth got the gay character he wanted. And, fans got to hold on to their show.

Would Wentworth Miller return to play Michael Scofield if he was gay? This is what fans really needed to know. Fortunately, Wentworth did notice the suggestions. And, he decided to reply to them.

Wentworth, however, dug a little deeper in his response. He realized fans were doing more than suggesting Michael could be gay. They were suggesting he should be with T-Bag in Season 6. Possibly because T-Bag was the only main character who happened to be homosexual.

Now, beyond those who are desperate to see another season of the series… True Prison Break fans are a little taken back by the suggestion. T-Bag and Michael hate each other. They’ve tried to kill each other on multiple occasions. T-Bag is bad to the bone. And, Michael? He’s good. This type of romance just doesn’t make sense. And, a guy like Michael Scofield? He would never leave Sara for someone like T-Bag.

Needless to say, Wentworth was not onboard with this romance suggestion. Moreover, he thought it was disgusting that fans thought T-Bag was an ideal representation of homosexuality in the series.

“Forgive me – I need to put my finger on something. In and around the ‘reveal’ I’m gay IRL, don’t wish to play straight parts etc., I saw dozens of comments suggesting Michael leave Sara for T-bag. Or that T-bag will be ‘looking’ for Michael/me,” Wentworth penned toward the beginning of a very long Instagram post.

The Prison Break star continued to unload on his followers

Wentworth Miller was clearly deeply upset that some felt T-Bag was the ideal match for Michael. Moreover, he was disgusted T-Bag was the representation of homosexuality in Prison Break. And, could fans really blame him for being upset? T-Bag was a monster in the series. One of the biggest villains. He certainly wasn’t the type of man one would expect Michael to leave Sara for.

The actor proceeded to call out Hollywood: “I’ve said one of the lies Hollywood tells is the screen is sacred and actors are gods. It isn’t and they aren’t. Storytelling is sacred. Older than civilization, it’s how we try and make sense of where we’ve been. Are. Where we’re going. Hollywood is just the shiny straw thru which the sacred is (currently) channeled.”

Now, it is worth mentioning that Wentworth Miller never really clarified if he’d embrace the role of Michael if Michael was gay. But, a Michael Scofield and T-Bag romance doesn’t sound like something Wentworth wants.

Wait! Was Tayler Middleton On Tv Before?
The Waldrops Get Big Time Photobombed – See The Silly Snaps
Will ‘Seeking Sister Wife’ Continue After Dimitri Snowden Scandal?
Where Are Layke & Tag Waldrop?! Courtney Struggles To Find Them
Josh Duggar Had A Failed Courtship During 2015 Scandal