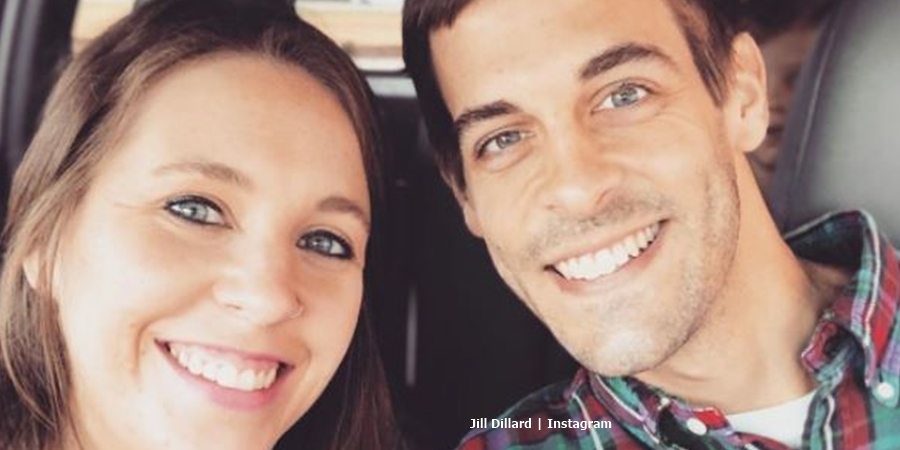 Jill Dillard and her husband Derick open up more about life in the Duggar family. And, she just dropped a “fun fact” about their courtship. Seven years ago, Derick asked her to be his girlfriend. In celebration of that, she explained why they kept their courtship secret.

Jill Dillard and Derick got engaged before fans knew about it

Duggar fans know from 19 Kids and Counting, and from Counting On that they take courting very seriously. Usually, when the adult kids start courting, much fanfare accompanies the announcement. But with Jill and Derick, the news came much later than fans believe. On November 22, Jill took to her Instagram and promised fans an upcoming Q&A about their courtship. And as a teaser, she dropped her “fun fact.”

TLC fans saw Jill and Derick courting on TV. But by then they already became engaged. Opening up, Jill Dillard explained why. She shared a photo of themselves together. And, in her caption, she rolled out a well-kept secret. Jill wrote, “Fun fact: because Derick was in Nepal and I was in AR for most of our relationship prior to engagement, we didn’t officially announce our “courtship” until we were already engaged! Today marks 7 years since Derick asked me to be his girlfriend.”

Dating and courtship with Jill and Derick

Of course, fans know about Nepal as Jim Bob Duggar escorted her over there. Back then, Derick grinned like a Cheshire cat that stole all the cream when he met them at the airport. In fact, Jim Bob thought the world of Derick back then. And, he probably never realized that he wouldn’t be as compliant as the other son-in-laws. Nowadays, he remains estranged from Jill and Derick.

Recall, Derick and Jill left the show. Derick spilled the beans about the Duggar kids working on the show for free. And, finally, they obtained some money for that. However, it took attorneys. Plus, the couple felt Jim Bob and TLC took away their own decision-making. These days, the couple remain firm favorites with Counting On fans. In fact, they love the idea of them living their own lives. Jill Dillard also promised a Q&A about dating and courtship. And, she hinted, they don’t follow the Duggar norm.

Derick and Jill seem happily married. In fact, sometimes they get a bit too candid. Recall last year, she shared a photo of the Kama Sutra. But, she stressed they also follow the bible’s instructions about marriage and respect. Of course, critics talked about the picture of the book. But, fans love that they open the door and shine the light on their relationship.

In her post on November 22, one fan of Jill Dillard wrote, “I’m happy you’re so independent and individual and living life for YOU!”