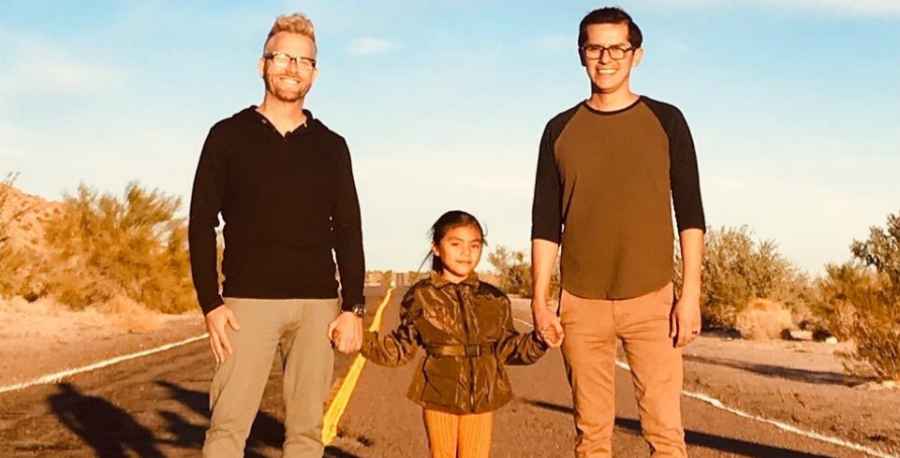 90 Day Fiance: The Other Way fans know that Kenneth Niedermeier looks great at the age of 58. However, now Kenneth has shared an image of himself from the ‘80s, fans are amazed at how hot he was back then. While normally, Instagram is a place of trolls and keyboard warriors, this image only attracted admiring comments.

As both have children, Kenneth Niedermeier and Armando Rubio initially met through an online support group for gay fathers. It was love at first sight for both of them. Kenneth hails from Florida and has four children, triplet daughters Cassidy, Madison and Taylor and a son, Bricen. Armando has a six-year-old daughter, Hannah, from a previous marriage.

Kenneth and Armando feature on Season 2 of 90 Day Fiance: The Other Way. This is due to the fact that Kenneth chose to move to Mexico to be with his love. Now they both live happily together with Armando’s daughter, Hannah.

Over the latest episodes of the show, the couple’s relationship has grown, with Kenneth proposing to Armando. The pair is currently trying to get a marriage license, as same-sex marriages are legal. However, when they visited the civil registry, they got a negative answer. They now have to see a human rights department to help them get their license.

Kenneth and Armando are happy together

Despite the problems with the marriage license, Kenneth and Armando are clearly happy living together in Mexico. Kenneth recently decided to post a throwback image on Instagram. The black and white image was taken in 1985 when he was 24 years of age. It was taken long before he had his children, as he had his eldest when he was 30. Kenneth captioned the image, writing, “My 80’s game was on point you think?”

On point indeed, as Kenneth has been receiving many flattering comments on the image ever since. One fan wrote, “This photo captures everything I love about the 80s!” Another wrote, “I’m p*ssed that you were that beautiful in the 80’s, and your [sic] still beautiful nearly 40 gosh darn years later!!!!”

Meanwhile, another fan mentioned “Blasting Madonna all day, every day,” to which Armando responded, “you know he was.” Another fan commented to say Kenneth looked like a model back then “with that gorgeous face.” Yet another fan wrote, “Wow! Soooooo incredibly good looking! I am so shallow I know… I have sitting here staring at you for 10 mins!”

How does Kenneth keep his good looks?

Speaking of his good looks at the age of 58, many 90 Day Fiance fans have been curious, wanting to know more about his beauty and skincare program. Kenneth is definitely aging flawlessly, mainly through a healthy diet and by taking care of his skin.

Keep up with Kenneth and Armando on 90 Day Fiance: The Other Way on Sundays at 8 pm ET on TLC.