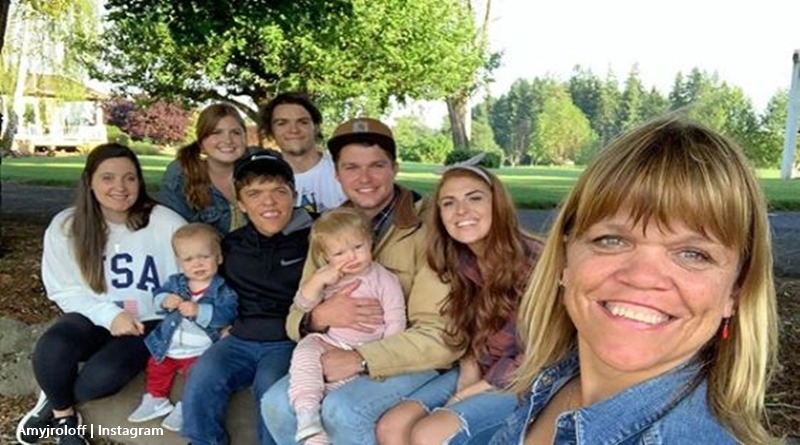 Fans of the TLC series suspect Zach and Tori will eventually take over Roloff Farms. And, they hope the series will shift toward being about Zach and his adorable little family.

That being said, Amy and Matt Roloff do still have a relationship with all of their children. The only one who doesn’t get featured very often on Instagram is the elusive Molly Roloff. Likewise, fans of the series enjoy receiving updates about the entire Roloff family. Not just those featured on the show.

As we wait to see if we’ll be getting another season of LPBW, we reflect on past seasons of the show. And, unsurprisingly, Amy Roloff has had a lot of very entertaining commentary for fans of the series over the year.

Jacob Roloff once got injured in a nail-related injury

Now, everyone who watches LPBW knows Jacob Roloff is considered the black sheep of the family. He has openly blasted the series on social media. And, why does Jacob have an issue with the TLC series? Well, because he considers it to be fake.

According to Jacob, the people he saw on the screen were not his family. They were characters who kind of looked and sounded like his family. He took issue with his family members pretending to be someone else for the sake of views.

Jacob Roloff slammed his family for continuing to do the show. And, he promised he would never make another appearance on it. All that being said, Jacob Roloff was part of the show as a child. And, during Season 2, he was injured. It wasn’t anything serious though.

Jacob cut up his side while hauling a lot of heavy wood. At the time, the children were building a fort. Zach told the injury looked pretty bad. But, Jacob didn’t let it stop him from continuing to work.

The siblings proceeded to do a lot of fighting while carrying the wood. Possibly because he was distracted, he ended up stepping on a nail.

With her children growing up on Roloff Farms, Amy considers herself lucky. Lucky her children were not hurt more often. After all, the property had building material, farming equipment, and lots of other ways for children to get injured.

After Jacob stepped on the nail, the siblings rushed back to the house. Fans watched as Amy asked Jacob what he stepped on. He told her. And, she jokingly asked why he did that. Noticeably, Jacob did not think his mother was very funny.

“When you’re living on a farm, I mean, you know, boys will be boys. I’m just really amazed that my boys haven’t gotten more hurt.” Amy Roloff admitted to the cameras. Fans assume she was explaining her attempted humor.

Zach Roloff watched and waited to see how Jacob was. He, however, was mostly bummed they were probably done trying to build a fort.

Do you agree with Amy Roloff? Sound off in the comments with your thoughts.

‘B&B’ Spoilers: Kimberlin Brown Breaks Silence About Finn Storyline Is Sheila Back?
‘The Witcher’ Season 2: Premiere Date, Plenty Of ‘Man Flesh,’ But No Bath Tub
Kristin Chenoweth’s Pursed Lip Villain On ‘Schmigadoon!’ Is Perfection, Preview
‘Y&R’ Spoilers: GAME OVER! Phyllis Blows Tara And Sally Up?
‘The Young and the Restless’ Spoilers, August 2-6: Phyllis Gets Everything She Needs