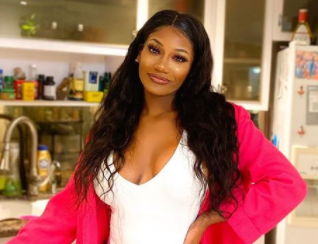 90 Day Fiancé: The Other way Brittany Banks posted and then quickly deleted a video. The video was of her boyfriend Yazan Abo Horirawas not abiding by his strict Muslim guidelines. Yazan was allegedly drinking alcohol at the club in the video that’s circulating the web.

The drama on the popular reality show is thanks in large parts to Brittany Banks. She loves to post many things that contradict what viewers have been shown of her boyfriend, Yazan, his religion, and lifestyle. Fans realize how strict Yazan’s religion and culture are. That’s probably why Brittany loves showing Yazan going against his beliefs. The reality show star loves all the drama.

Fans took notice of the caption of the video Brittany posted, “I want this season to be over faster than he finished that Jack and Coke in the club this night, he loves when you’ll not watching so we can be ourselves. Take a shot for us! Watch until the end,” She posted. In the end, the video showed Yazan taking a drink of what is presumed to be an alcoholic beverage.

He has already been through so much this year

Yazan has given up a lot to be with Brittany and she doesn’t seem to realize it or doesn’t care. Yazan was kicked out of his parent’s home and was fired from his job. If that’s not enough some in his family are “ready to kill him” for the embarrassment he caused them by dating Brittany. This was first reported by CinemaBlend.com.

Did he really even drink alcohol? 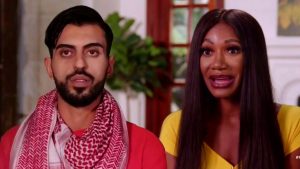 Many wonder if the video even shows Yazan going against his religion. In the video, the two seem to be dancing in a club. Then towards the end of the video, he drinks from a glass that does seem to have some sort of cola inside. Brittany said in her post he was drinking a mixed drink, but that’s something we can only speculate on given what is seen.

Brittany Banks and Yazan are a hot mess

All this drama comes as Brittany is about to learn in the show that Yazan has people wishing to kill him. Mostly because he disobeyed his parents and there’s general rebellion from dating Brittany Banks. She has also posted sultry photos on Instagram that upset Yazan’s family. The fact that Brittany is posting stuff like this, given the danger she knows it can cause him, may speak to the pair’s current relationship status. Fans believe the two aren’t still together, especially after Brittany posted this video.

Stay tuned for updates on the drama between Brittany and Yazan.