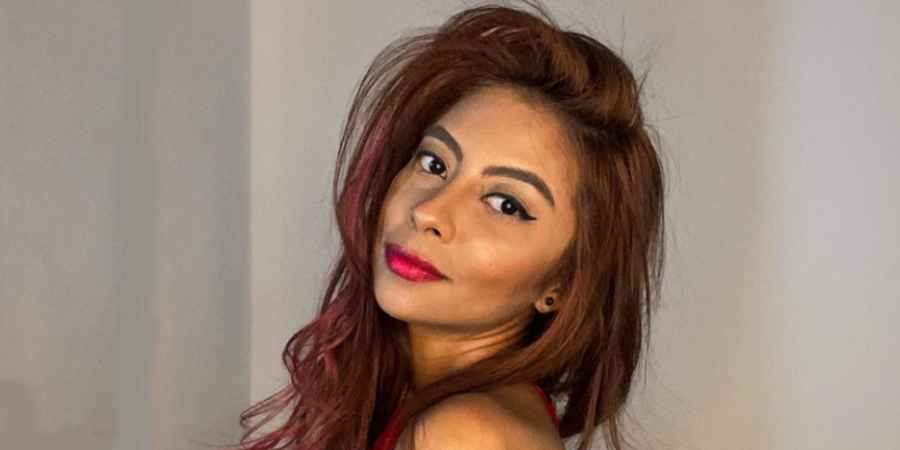 90 Day Fiance: The Other Way fans know that Melyza Zeta rarely smiles on the TLC reality show. She tends to have a deadpan face, while blinking her eyes a lot. However, while she doesn’t often smile, she can certainly make witty comebacks on social media. This is after posting an image of herself smiling and posing with her two dogs.

90 Day Fiance fans find Melyza Zeta and Tim Clarkson to be boring while having the most mundane storyline of the TLC reality show. Admittedly, their fellow cast members are suffering major drama, so in comparison, they are no doubt lucky. However, those who follow Melyza on social media know that she can be a fun celebrity to follow. This is mainly due to the witty comebacks Melyza has for her haters. This includes those who say she is the most boring star on the reality show.

Tim, 34, from Dallas and Melyza, 29, from Colombia were introduced later than the other couples on Season 2 of the show. At first, their love story was exciting, due to Tim cliffhanging a “big” secret. Many 90 Day Fiance: The Other Way fans figured out it was relating to him cheating on Melyza. They were right.

The reason for Tim’s move to Colombia and being a The Other Way star was that he had cheated on Melyza with a co-worker. He moved home to try and make amends with Zeta. Right from the start, Melyza was cold and distant towards him. She was finding it difficult to forgive Clarkson.

Meanwhile, back at the ranch (as they say), Melyza had seen other men during their time apart. Now, Tim is finding it hard to forgive her, even though they were on a break at the time. However, despite the cheating, most fans find their scenes a total snoozefest, especially with Melyza’s deadpan face. One fan lived to regret their online attack on the Colombian beauty.

While Melyza is rarely seen to smile on 90 Day Fiance: The Other Way, she posted an image of herself with her dogs. In the photo, she is smiling from ear to ear. Fans immediately pounced, with one fan amusingly commenting, “Hmm she’s smiling, must have left Tim.” Zeta responded wittily, writing, “I like your rationale.”

In the latest episodes of 90 Day Fiance: The Other Way, Melyza and Tim are trying hard with their relationship. It is looking like Tim is ready to settle down in Colombia. Many fans believe the couple should call it quits. However, their social media chemistry says something different. Tim and Melyza comment on most of each other’s posts, which hints that they are still together.

Yes, they might be a boring contingent on this season of the show. However, as noted by Screen Rant, they may be the only couple that does make it work.

Keep up with their story on 90 Day Fiance: The Other Way on Sundays at 8 pm ET on TLC.