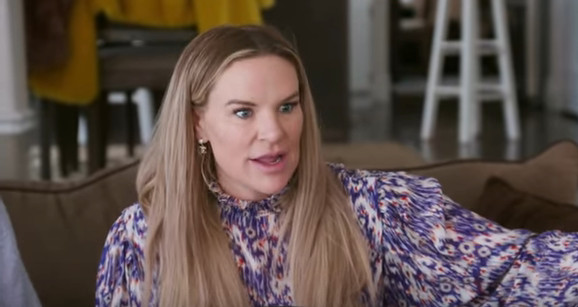 Move over, passive-aggressive punctuation! There is a new emoji in town that has a hidden meaning. At least, according to the ladies of The Real Housewives of Salt Lake City.

Many people know by now that using periods in text messages can be seen as petty instead of as simply having good grammar. After this week’s episode of RHOSLC, Bravoholics flooded Twitter to debate whether a seemingly innocent emoji is actually a vulgar tell-off.

During the RHOSLC premiere, Lisa Barlow seemingly pulled a Mariah Carey about co-star Heather Gay. Despite the two going to college together, Lisa acted as if she didn’t know her that well.

The two had another heated exchange in this week’s episode. Apparently, Heather Gay responded to a text from Lisa Barlow with a thumbs-up emoji. The “Queen of Sundance” took offense, believing the emoji was secretly an “F U.” However, Heather quickly retorted that everyone knows TWO thumbs-up emojis is the code for “f–k you,” not one.

She then admitted to producers in a one-on-one confessional that the sole thumbs-up was “absolutely” intended as a substitute for vulgarity.

Some Bravoholics felt that the argument over emojis was silly, especially after the “hospital smell” feud between RHOSLC’s Jen Shah and Mary Cosby. In fact, one fan wrote that sometimes the eggplant emoji just means they are eating eggplant for dinner.

Heather Gay kept the emoji feud with Lisa Barlow going on social media. During the episode, she tweeted about Lisa Barlow blocking her from Twitter and Instagram. And she gave quite the response to being blocked by Lisa.

Online Bravo fan account @bravosnarkside snagged a screengrab of Heather’s post. She wrote, “Lisa: blocks me on Twitter and blocks her IG stories…” She has an emoji in mind as a response to that. “Me: [thumbs-up emoji.]”

Did you know about the other meaning of the thumbs-up emoji?