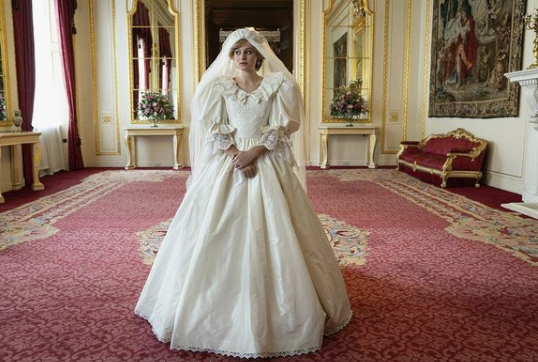 You are certainly allowed to enjoy Netflix’s The Crown. But please keep in mind that’s still a work of fiction. That’s the message the late Princess Diana’s brother, Charles Spencer, wants to share with fans.

“You can hang it on fact, but the bits in between are not fact,” he recently said in an interview.

The hit show recently debuted its fourth season. Emma Corrin played Princess Diana this season and bears a striking resemblance to her. When the interviewer asked Charles Spencer if he felt uneasy while watching the show. He replied,

“There is a bit. Actually, The Crown asked if they could film at Althorp [the Spencer family’s ancestral home], and I said obviously not. The worry for me is that people see a program like that and they forget that it is fiction. They assume, especially foreigners, I find Americans tell me they have watched The Crown as if they have taken a history lesson. Well, they haven’t.”

Charles Spencer was Princess Diana’s younger brother and he says he feels obligated to uphold her memory.

“I feel it is my duty to stand up for her when I can,” he firmly stated. “She left me, for instance, as guardian of her sons, so I feel there was a trust passed on. And we grew up together. If you grow up with somebody they are still that person — it doesn’t matter what happens to them later.”

His actions clearly show that he feels very seriously about how his late sister is portrayed. Spencer argued with the BBC over false documents they allegedly used to help get Princess Diana to appear in the Panorama interview. He even rejected their apology publically, feeling that it wasn’t enough.

As I’ve told the BBC this evening, I’m not at all satisfied with the parameters they’ve set around their enquiry into the @BBCPanorama interview with Diana of 25 years ago tonight. Lord Dyson must be free to examine every aspect of this matter, from 1995 to today, as he sees fit.

Is This Sentiment Understandable?

Actress Emma Corrin is a big Princess Diana fan. Even though she has the privilege to play the princess on screen, she understands why people may feel upset about The Crown overall.

For The Crown Seasons 5 and 6, Elizabeth Debicki will take over the role of Princess Diana.

“Princess Diana’s spirit, her words and her actions live in the hearts of so many. It is my true privilege and honor to be joining this masterful series, which has had me absolutely hooked from episode one,” Debicki said.

What do you think? Does The Crown honor Princess Diana’s memory? Or do you also feel a little uneasy as you watch? Let us know in the comments.