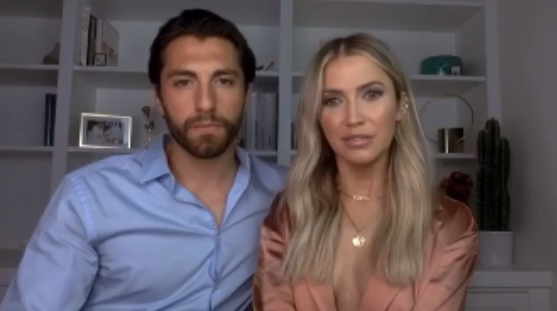 The Dancing With The Stars Season 29 finale is just a few nights away. Ahead of the big night, finalist Kaitlyn Bristowe took some time to reflect on her journey. She posted an Instagram video of the moment Chris Harrison asked her to join the DWTS cast and a lengthy, heartfelt caption.

“My life DID change Chris Harrison. You wise man,” the former Bachelorette began. “This was when I found out I was going on @dancingabc . It feels like yesterday and now I’m heading into the FINALE. It’s been a freakin RIDE. A journey if you will. One I have wanted for 5 years. I have cried tears of happiness, sadness, tears of body injuries and pain.”

After hearing this, fans are really glad Kaitlyn got her wish this year. It almost came true a few years ago, but plans fell through.

Kaitlyn Bristowe Dreamed Of Being On DWTS For Years

Not everyone knows this, but five years ago Kaitlyn Bristowe was actually supposed to appear in a prior DWTS season. She was ready to go — until The Bachelorette put a dent in her plans. At the time, Kaitlyn was still under contract with The Bachelorette and they wouldn’t allow her to join DWTS. But in hindsight, that was probably for the best.

“It wouldn’t have been a good time for me to have done the show. I suffered [from] a little depression after [The Bachelorette]. I was emotionally drained. You know the person you’re engaged to, but you don’t even know his phone number! But it was best to focus on the relationship and not jump into another TV show right away,” she said in an interview with TV Insider.

And when you think about it, this makes a lot of sense. Nearly all the Dancing With The Stars contestants talk about how emotionally and physically draining that show can be too. A DWTS run just after filming The Bachelorette could have been a disaster.

Kaitlyn is performing remarkably this season. If she competed five years ago, she probably wouldn’t be in the final four.

In her Instagram post, Kaitlyn Bristowe goes on to thank everyone who helped her along the way. She thanks her partner Artem Chigvintsev and her boyfriend Jason Tartick.

“This process has been hard. Hours and hours a day 7 days a week of mentally physically draining days. It takes a solid partnership in the dance studio for sure, but it also takes a strong relationship at home that makes you feel supported. … Finale. Here we come. Dreams really do come true,” she concludes.

Will you be cheering for Kaitlyn and Artem on Monday night? Don’t forget to vote! Your votes could help them take home the Mirrorball Trophy. Catch the Dancing With The Stars Season 29 finale at 8 PM eastern time Monday night on ABC.