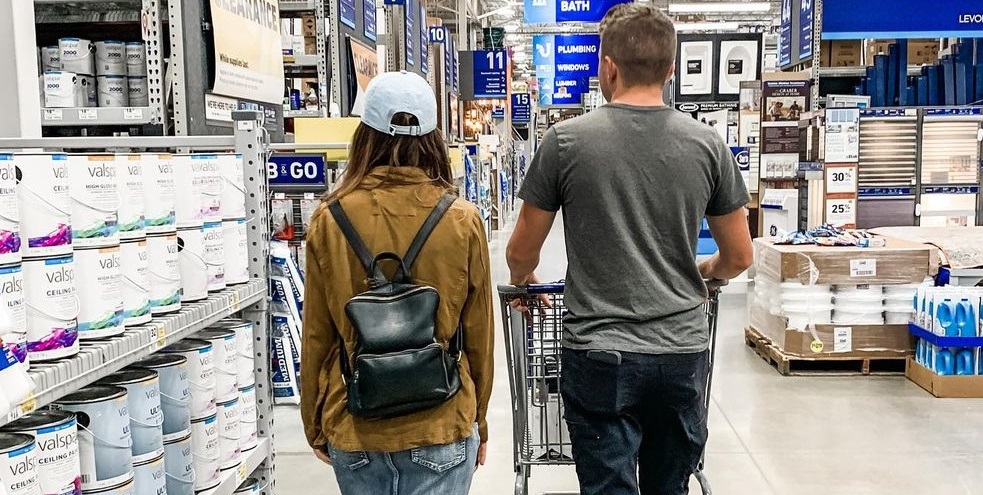 Jana Duggar has never cared much about what others think. But, that doesn’t stop her from stirring up drama and controversy from time to time. What exactly did Jana Duggar say or do that has Instagram reeling? Keep reading to see why everyone is so fired up at the moment.

Jana and James Duggar prepare for a DIY project

Counting On fans know Jana Duggar is both crafty and thrifty. She enjoys a good home improvement project. And, she thrives on DIY activities. Jana took to Instagram recently to share some details on her latest project. Turns out, she hit Lowe’s with her brother James to pick up some needed supplies for her latest project.

“Stocking up for another round of projects! It’s like a dream job when you get to work with your brothers,” she penned in the caption of her photo.

Counting On fans can only assume someone else joined Jana and James on this shopping trip. The photo was snapped by someone who was walking behind them as they ventured through the home improvement store.

Now, we can only assume Jana Duggar intended to be this a light and fun photo. Perhaps a photo that teased her 744,000 followers about the latest project she was working on. But, things quickly spun out of control. There was a lot to dissect in this photo. A lot that Counting On fans did not really care for. Unfortunately for Jana, they were VERY vocal about the issues they were having in the comments.

What about her pants and a face mask?

Those who follow Jana Duggar on Instagram never miss an opportunity to call attention to her wardrobe. Why? Well, because Jim Bob and Michelle Duggar have a pretty strict clothing rules they expect their children to comply with.

“Will u ever wear pants??” One individual exclaimed in the comments. The critical question was liked nearly a dozen times suggestion some others felt the same way. Jana, however, had many come to her defense in response to the comment. They argued it was her choice to wear whatever she wanted to wear.

The biggest issue was the lack of face masks in the photo. While some could argue there was no real way to tell for sure if Jana was wearing a face mask from behind… It was very clear her brother standing next to her was NOT wearing a mask.

Those in the comments noted you would be able to see the mask having over his ears if he had one on. This resulted in a lot of people assuming she probably wasn’t wearing a mask either. And, they were not exactly happy with either Duggar because of it.

Many thought it was selfish and thoughtless for Jana Duggar and her brother to walk around a store without a mask on. Jana even had a few individuals who encouraged her to consider shutting down her Instagram comments because of the hate. How do you feel about Jana Duggar’s recent trip to the store? Do you think she should wear a face mask? Share your thoughts in the comments.