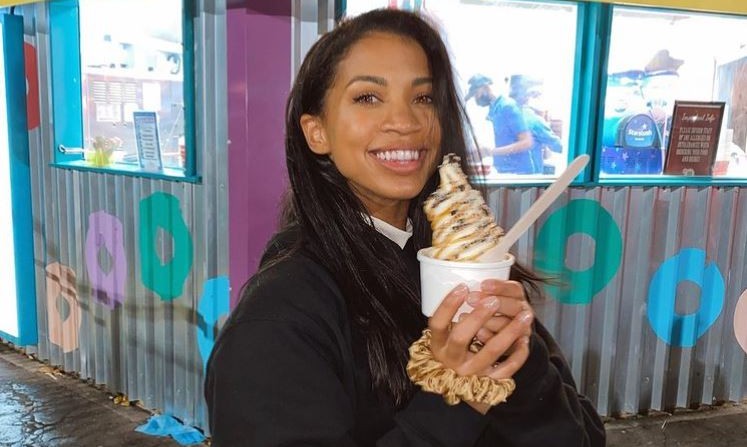 Bachelor in Paradise alum Katie Morton is revealing she has a new man in her life. Since her split with fiancé Chris Bukowski last year, she’s been private about her dating life. She and Chris ended things mutually. They had a bit of a troubled relationship from the very beginning. Now, she has finally moved on from Chris and is enjoying time with her new boyfriend. 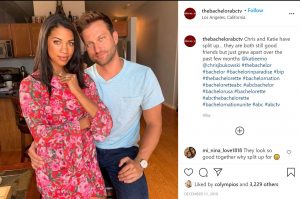 US Weekly shared all about Katie and her new man. And, as it turns out she actually met him before she went on Bachelor in Paradise. She said, “We met two weeks before Paradise, randomly on the street and didn’t talk at all because I was not in the headspace to be meeting any men. That was two years ago almost now.” Katie went on to say, “Then, randomly, I had all of that drop, like, a not so good relationship that obviously everyone saw, then I had a big, sad moment to myself. I had to rebuild myself back up, having a lot of self-love and care and I got back to right at the point I was right before Paradise and he slid into my DMs. So, it was really good timing.”

And, Katie admits she’s very private about her relationships, but she is learning to let a little out. She is currently spending time with her new boyfriend in London.

Katie said, “I’ve been keeping it super private, but I was, like, you know what, you can’t jinx the right thing. If it doesn’t work, it doesn’t work. If I get hurt, I get hurt.” Morton continued saying her mom told her to just go for it.

Her time on The Bachelor and with Chris

Katie Morton first appeared on The Bachelor during Colton Underwood’s season. He sent her home during week 6. That experience led her to Bachelor in Paradise during the summer of 2019. And, that new experience led her to Chris. After their fast relationship, he proposed on the season finale. Ultimately, they were just too different and they split in December of 2019.

They announced their split together and vowed to continue forward as friends. They both said they were thankful for the time they had together.

As for her new relationship, Katie says, “I’m just trusting and going with my gut. I’m listening to my gut, I’m having a really, really good time, even though we’re in lockdown. I’m really happy.”

Tune in to see if Tayshia Adams will find love on The Bachelorette, Tuesday nights on ABC.