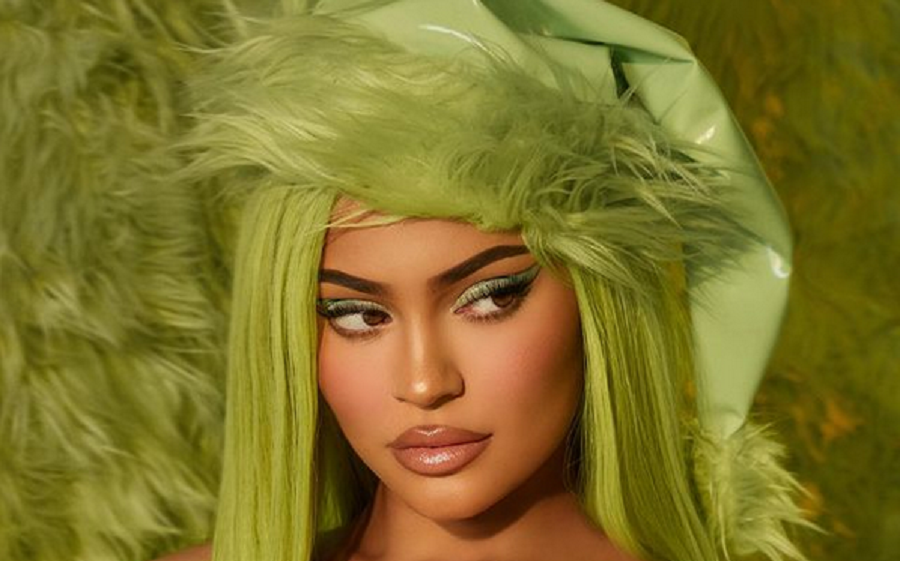 Kylie Jenner is feeling like the Grinch lately. Don’t worry, she’s still in the holiday spirit. She’s just inspired by the Dr. Seuss character. On Thursday, November 19, the Keeping Up With the Kardashians star launched her new makeup collection in collaboration with The Grinch.

Since then, she’s been actively promoting her Grinch line. Some would say that Kylie is transforming into the iconic green character. Now that the holiday season is quickly approaching, Kylie released her new collection which is ideal for this time of year. Her collection is even rubbing off on her daughter, Stormi Webster.

The details on the Kylie Cosmetics x Grinch launch

Kylie Jenner is using the childhood classic in her new cosmetics line. On Thursday, she announced the launch of her Grinch-themed collaboration. The special partnership with Dr. Seuss took place on November 19 at 3 p.m. PT on her Kylie Cosmetics website. She took to her Instagram feed and Stories to promote the new collection.

“I grew up watching The Grinch. My daughter makes me watch The Grinch every night so this is very exciting for me,” the 23-year-old wrote on her Instagram Stories.

The collection includes the Kylie X The Grinch Pressed Powder Palette, an emerald green Shimmer Eye Glaze, the Olive Liquid Liner Pen, and green glitter High Glosses, just to name a few. The packaging also features imagery from the beloved cartoon movie, as well as plenty of greens and reds. Check out the Instagram post below:

Kylie admitted that she had a lot of fun creating the limited-edition holiday collection for her fans.

“There are so many great colors and shapes to play up with the theme and I loved the creative process of developing the products, picking the shade name, and designing the packaging,” Kylie told People. “I wanted to make sure there was a perfect mix of shimmers and matte hues for the lip and eye products, while also featuring the fun green, red, and golds for the holidays, so the looks can be so versatile.”

Continuing with the promotion of her launch, Kylie Jenner posted a new video on her YouTube channel. It showed the reality star and her 2-year-old daughter making cupcakes inspired by the classic Christmas character. In the video, Kylie asks her adorable little girl, “What are we making today Storm?”

Stormi waited as Kylie mixed the ingredients together. She impressed fans with her baking skills. Others noticed how patient the KUWTK star was with her daughter. She even waited as her famous mom piped frosting onto one of the cupcakes. She even tasted a few after getting permission from her mom.

“You got this, Mommy,” Stormi tells Kylie before saying, “I love you so much” and “You’re so beautiful.”

Check out the sweet video for yourself below:

She continues to get into the spirit of Grinchmas

Kylie Jenner previously shared photos of her Christmas tree in her courtyard. In one of her Instagram posts, she wore a red blouse with gold pants. Behind her, a fire was roaring. Her tree looked like something out of The Grinch village, known as Whoville. In the caption, Kylie wrote: “dinner @ mine?”

But Kylie ended up having dinner in Santa Monica. On Thursday night, the entrepreneur wore lime green thigh-high stiletto boots, per Daily Mail. She paired her look with a white fur coat and a white minidress with a high neck. Kylie wore her blonde hair down and parted in the middle with the roots showing.

She shielded her eyes from the flashing lights. Kylie also wore a blush face mask and a dark red manicure. And of course, she was dripping in diamonds. She went to dinner with her best friend Fai Khadra, who wore a black button-down shirt with dark gray jeans and blue and white sneakers.

What are your thoughts on Kylie’s new Grinch-inspired makeup line? Sound off below in the comments section.