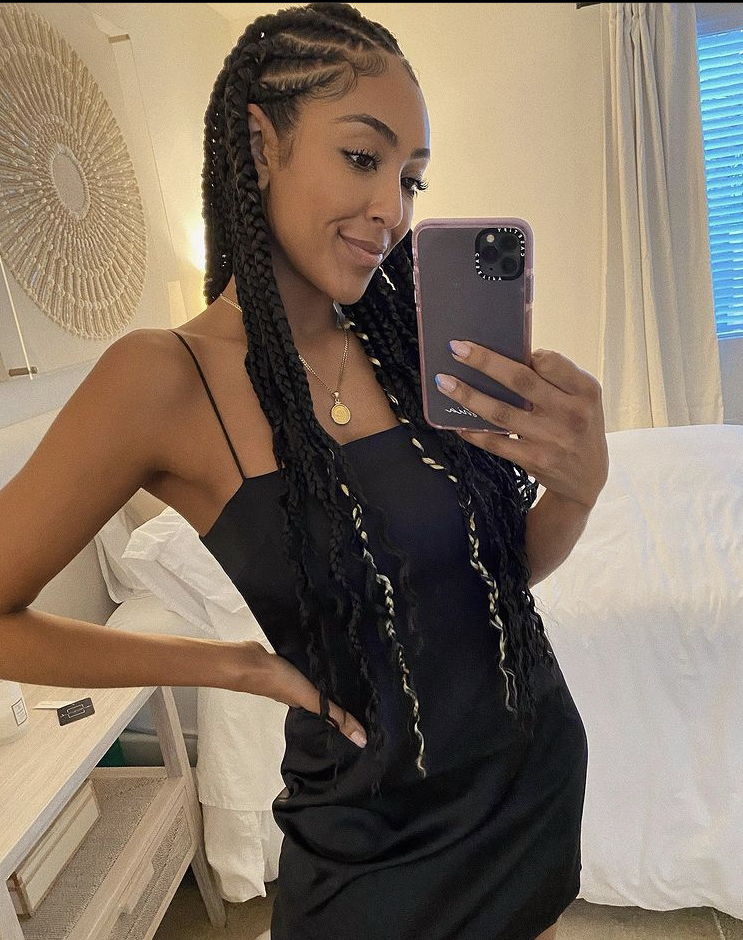 Bachelorette star, Tayshia Adams, is ready to represent and slay at the American Music Awards on Sunday. Tayshia came through with a new look last night that had us reeling. Is there anything she can’t do? Posing with one hand on her hip in a black mini dress, Tayshia shows off her new cornrows and laid edges. She captioned the two gallery photos “Ya girl got BRAIDS! I’m presenting at the @amas this Sunday so I had go for a fun look!!”

The look is indeed fun and a transition from her normal wavy style. And fans are loving the look! One fan goes as far as to say that this is the look that will “Save 2020.” Let’s hope so. 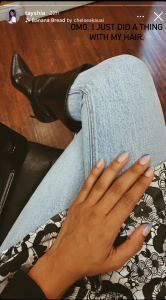 Tayshia’s cryptic story post from her salon chair had fans anxious. Flexing a chic manicure, blue jeans, and black stiletto boots she posted from a salon chair to her 1.1 million followers, “OMG. I JUST DID A THING WITH MY HAIR.” Luckily, fans didn’t have to wait too long to see. Compliments like”Stunning” and “Gorgeous” promptly flooded her comments section.

Tayshia is a ‘Smokeshow’ on The Bachelorette

On this week’s episode of The Bachelorette, Chasen Nick, 31, has the spotlight on him after telling the group that “smokeshow” is his new adjective for Tayshia. The intended compliment has been met with mixed reviews. Bennet even went as far as asking during confessional, “What woman wants to be called a smokeshow?”

While Chasen’s comment was most likely not meant to be intentionally offensive, fans still felt the comment was objectifying Tayshia. On the other hand, some fans feel like Tayshia should embrace the comment. And they even suggest that maybe it would have sounded better coming from a different man. Just not Chasen. Regardless of the Bachelor Nation divide over the comment, they definitely feel it sealed Chasen’s fate on the show.

The Bachelorette season 16 airs Tuesdays at 8 pm EST on ABC.

Check out the AMA’s this Sunday

The Bachelorette star will be sharing the stage at the Microsoft Theater in Los Angeles with host Taraji P. Henson and other big names. Performers include Justin Bieber, Billie Eilish, Megan Thee Stallion and more. Tune in to see Tayshia hand out more than just a flower this week.

Will you be tuning in to the AMA’s this Sunday?