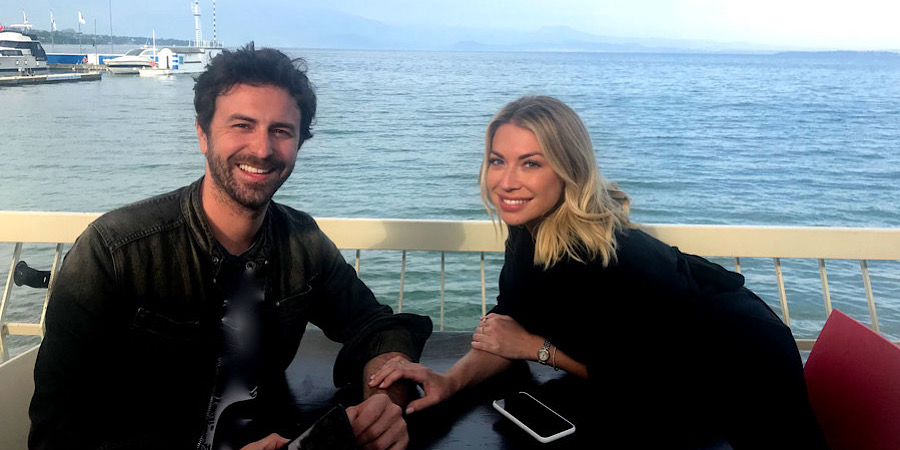 Stassi Schroeder may not have a job but still has her humor. Yesterday, the expectant mama and husband, Beau Clark, hit up Target. The duo made sure to document the trip, the first time Stassi had been to a store in over nine months. But why Target?

It was not that long ago Stassi seemingly lost it all. Along with OG co-star, Kristen Doute, Schroeder was let go from Vanderpump Rules. She also lost endorsement deals and her podcast, Straight Up With Stassi. This came after new resurfaced that she and Doute called the police on former SUR employee, Faith Stowers. Stowers claimed it was a false allegation. Stassi also had a photo of herself in a swastika jacket, not boding well for her image.

At the time, Radio.com had this to say: “We recently learned of racially charged and inappropriate actions by Stassi Schroeder during one of her previous projects. In light of this, Radio.com has made the decision to part ways with her. We take these matters very seriously and condemn these actions. ‘Straight Up with Stassi’ has been removed from our portfolio.”

Stassi, 32, who is expecting a baby girl in January, is working on herself. She told Tamron Hall she hired a coach to better understand life. “I want to be a better person. I’m pregnant and I want my daughter to be proud of me. And I want to be part of the solution. I’ve been a part of the problem for years now. And I recognize that and that’s why I say, I don’t feel like I’m a victim of cancel culture. People want me to be mad at it and I’m not. I needed it. I needed that.”

To celebrate feeling good and the ending of her pregnancy, Stassi took some sexy photos. She also ventured out to Target. The queen of #OOTD splurged on Christmas decor, not caring the price tag. Her rumored net worth was around two million dollars and this includes her VR pay, book deal, endorsements, etc. But, she admitted she was going HAM at Target in her Instagram: “Alright, this is the first time that I’m going shopping in over nine months. I’ve never been more effing excited about anything. I don’t care if I don’t have income right now. I’m gonna spend so much money, you have no idea.”

The Future of Stassi

For now, Stassi just seems focused on getting ready for baby. She also entertains a lot at her home. She hosted a Halloween bash with fellow mamas-to-be, Lala Kent and Brittany Cartwright. There has also been talk of her podcast returning. However, Vanderpump Rules has yet to be picked up for Season nine. I doubt it would be the same without Stassi. Thoughts??

New Picture Of Fern & Ivy Seewald Surfaces On Reddit…Kind Of
Wait, Why Was Jeremy Vuolo Silenced On TikTok?
Khloe Kardashian’s Friends Reveal Why Khloe ‘Can’t Let Go’ Of Tristan Thompson
Josh Duggar’s Arrest May Not Be The REAL Reason ‘Counting On’ Is Over
‘AGT’: Jane ‘Nightbirde’ Marczewski Quits, Cancer Battle ‘Takes A Turn’