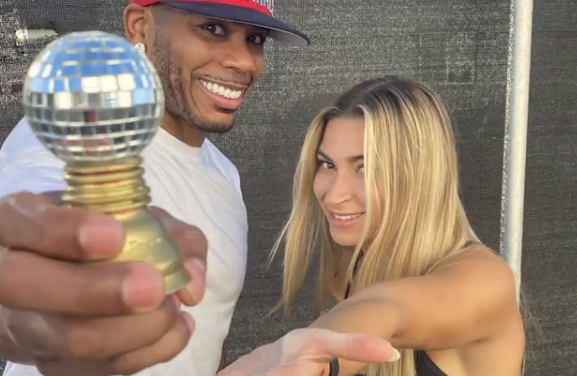 Nelly is having a really busy year! He’s going to perform Sunday at the American Music Awards, and that’s not all. The Grammy winner made it to the final four on Dancing With The Stars. Monday night, he will compete for the Mirrorball Trophy. He’ll also sing on the season finale. And after that wraps up, Nelly has plans for the silver screen.

We know Nelly sings, he dances, but can he act? We’ll all find out soon. There is a new Buddy Holly biopic called Clear Lake, and Nelly will play none other than rock and roll legend, Chuck Berry. Irish actor Ruairi O’Connor will play Buddy Holly himself. Orange Is The New Black‘s Diane Guerrero will play Buddy’s wife and Colin Hanks will play his manager.

With talent like that, this could definitely be an incredible film.

However, this isn’t Nelly’s first time acting. Popculture reports he previously had roles in CSI: NY and The Longest Yard. But he’s ready to broaden his horizons and step outside his comfort zone. He told Billboard that he loves trying new things. And that’s why he decided to compete on Dancing With The Stars, but isn’t interested in doing singing shows.

“I don’t want to sing. I do that for a living,” Nelly told Billboard. “I’d totally be upset if I lost to a Housewife rapping or singing. Even though I love those shows — I love The Masked Singer, I love to watch it — but I don’t think it’s for me because I think I would be upset if I lost to somebody who’s not a professional musician, so to speak.”

We don’t have a release date for Clear Lake yet. And with the ongoing pandemic, it’ll probably hard to film and edit. Hopefully, we’ll know more about this project soon.

Could He Take Home The Mirrorball Trophy?

Nelly has come a really long way during his run on Dancing With The Stars. Since the beginning of the season, he and his partner Daniella Karagach have hovered near the end of the pack. But if there were a trophy for most improved, they definitely deserve it. Week after week, they managed to earn fans’ votes and smash judges’ expectations. Even with their low scores, they’ve never been in the bottom two.

If you haven’t seen them perform yet, you can check out one of their recent performances here. The judges loved their Jive so much, they gave it a perfect score!

The Dancing With The Stars season finale kicks off at 8 PM eastern time Monday night on ABC. Make sure to tune in and see Nelly compete and perform. Will you be voting for him? Let us know in the comments.