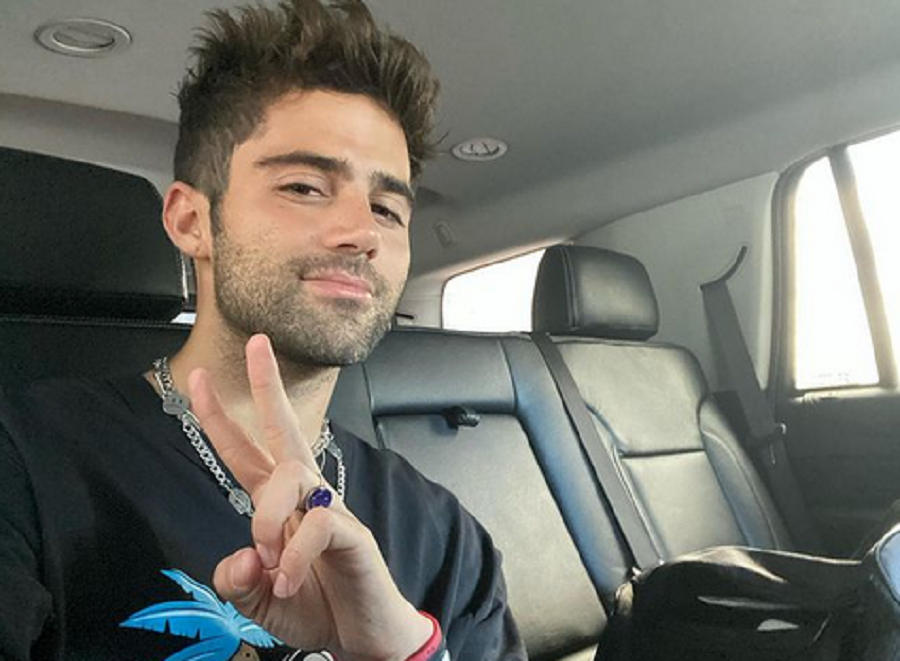 Max Ehrich still isn’t over his breakup from Demi Lovato. He previously claimed that she used him for fame. Now, he has some choice words for the singer. Max stormed Instagram after Demi made her big appearance at the 2020 E! People’s Choice Awards.

Not only did she make an appearance, but she also hosted the event. During her opening monologue, she joked about their short-lived engagement. But Max didn’t find the joke funny. The Young and the Restless star said he doesn’t appreciate Demi name-dropping him or mentioning their relationship.

Demi Lovato’s words have a lot of words

In a series of Instagram comments, the 29-year-old actor revealed how he really felt about Demi Lovato. She shared some new photos of herself with a dramatic new hairstyle on Friday, November 20. While many of her followers loved her new haircut, Max still had the People’s Choice Awards on his mind.

“Exploiting our breakup for clout at PCA is not chill,” he wrote in the comments section. He then told Demi to “stop talking about me on award shows. Thanks.” However, the People Choice Awards was on Sunday, November 15. That means it took Max a total of five days to think about how to respond to Demi.

When she hosted the People’s Choice Awards on Sunday night, the singer poked fun at their whirlwind romance from earlier this year. Demi admitted that 2020 “started out amazing,” citing her performances at the Grammys and the Super Bowl. But then “COVID hit and everything shut down.”

“So, I did what everyone else did: I went into lockdown and got engaged,” she joked. “I got into painting, photography, meditation, tested the limits of Postmates unlimited. I also didn’t know this could happen, but I reached the end of Instagram four times. I binged seven seasons of Pretty Little Liars, got unengaged, and then I went looking for aliens in the desert. So, basically, the same as everyone else.”

This isn’t the first time that Demi addressed her breakup. She appeared to have hinted about it in her new song “Still Have Me,” which she dropped just days after their breakup announcement. Max continues to post about their breakup on social media. He even claims that he found out about their split through the media.

What happened with Demi and Max Ehrich

Demi Lovato and Max Ehrich started dating around the same time the quarantine took place around the country. So, the couple decided to ride it out together. They isolated together and got engaged after just five months of dating. But Demi ended their engagement after Max’s old tweets about Selena Gomez resurfaced.

An insider told People at the end of September that “it was very hurtful to Demi when she realized that Max’s intentions weren’t genuine. Breaking off the engagement was not an easy decision.”

Demi argues that Max was just “trying to further his career by using her name behind her back.” The source added that “it was hard for Demi to admit she made a mistake when it came to Max.” Another source told E! News that “Demi did tell him beforehand.”

Do you think Demi is using the breakup for ‘clout’? Or is it the other way around? Let us know your thoughts in the comments down below.