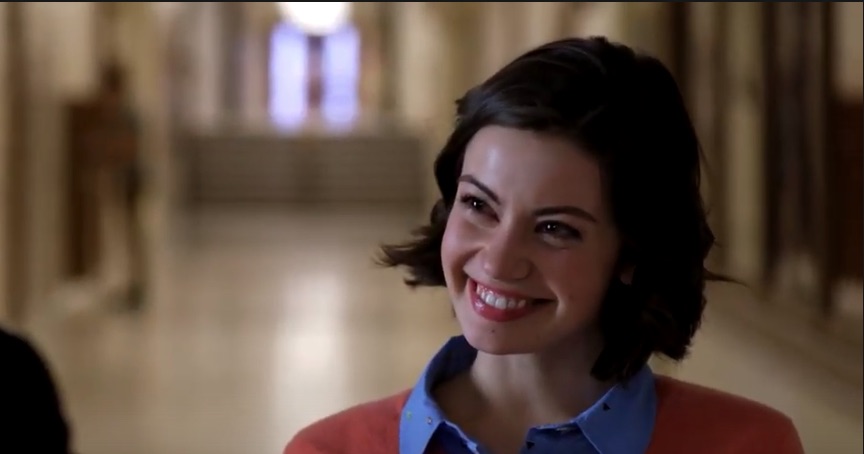 News, Scripted
Share on Facebook
Share on Twitter
Share on Pinterest
Share on LinkedIn
Why is it so hard to get into college? Lifetime Movie Network’s Hateful & Grateful series continues with yet another LMN thriller. This time, it is Pretty Cheaters, Deadly Lies.
This new movie stars Kate Drummond (Wynonna Earp), Sebastien Roberts (Northern Rescue), Sydney Meyer (Shadowhunters), Alexander Eling (Tiny Pretty Things) and Keara Graves (Grand Army), this cautionary tale is the sort that that only LMN can make!
Are you ready to learn more?

What Is Lifetime’s Pretty Cheaters, Deadly Lies About?

According to IMDb, in this Lifetime movie, Hanna (Graves) is at the top of her class. She is head of the cheerleaders. Hanna is in competition to be a finalist for a college scholarship. This teen is told that she is “a college recruiter’s dream.”
And, Hanna has met a guy, Drew (Eling), that she really likes. They are even meeting up for a date. Hanna’s life is going great. Right? That is until she is  caught in an extremely compromising position.
Her cousin Madison (Myer) found out. Well, maybe she had a hand in this whole crazy thing happening? She has always been unfavorably compared to her cousin Hanna. In fact, her dad may cut her off!
Desperate, Madison sees her chance. She does some pretty evil things to make Hanna desperate. Now, she is now blackmailing Hanna. What does Hanna have to do to get out of this jam?
As she is the better student, Hanna is now forced to take Madison’s college entrance exam. But is that enough? Turns out, Madison’s blackmail plans are even more devious. They could be deadly! And all Madison wants to do is get into college. This is another Lifetime thriller that will keep you guessing.

LMN continues to air encore showings of the all the Hateful & Grateful series. They include Young, Stalked, And Pregnant. This Lifetime movie stars Lindsay Korman-Hartley (General Hospital, Mommy Is A Murderer), Taylor Blackwell (My Daughter’s Psycho Friend), Tanya Clarke (Birthmother’s Betrayal), and Cody Sulek (Party Mom).
This is the thriller about a wealthy girl who gets pregnant. Although she is ready to move on with her life, her boyfriend and his mother have other, more dastardly plans for her! You don’t want to miss this thriller.
Don’t forget to catch the latest in the Lifetime Hateful & Grateful series, Pretty Cheaters, Deadly Lies. It airs on Saturday, November 21, at 8 p.m. Eastern, on LMN.