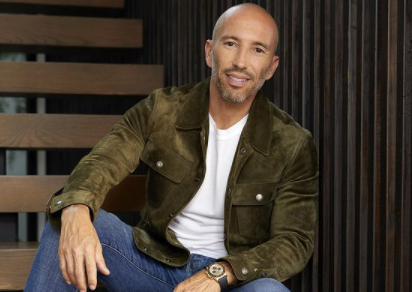 If you’re a fan of the hit Netflix show Selling Sunset, you’re very familiar with Jason Oppenheim. Us Weekly recently sat down with the real estate mogul to discuss the Chrishell Stause rumors.

Selling Sunset star Chrishell Stause competed on Dancing With The Stars this season. From the beginning, fans noticed she and her partner, Gleb Savchenko, had oodles of chemistry. And only a few days after their elimination, Gleb publically announced he and his wife split up. Fans immediately concluded Chrishell had something to do with it. She immediately denied the rumors, but you can’t stop the internet gossip once it starts.

I am still banned from this couch after this 🤣😬#SellingSunset https://t.co/Fu8MEFm97I

“It just seems like she can’t catch a break, to be honest,” Jason Oppenheim told Us Weekly. “That was difficult to deal with, but I think she’s getting used to it almost. … I mean, she made a statement. She made it, she clarified and she moved on, and I think most people would probably get all worked up and defensive and angry and she just kinda was like, ‘Can’t control that.’ She’s good at it. She’s good at managing that stuff. And I guess she’s more in the spotlight now, so she’s just taken it well.”

Chrishell Stause is definitely no stranger to a little limelight. She had fans while she starred in All My Children. But her name is more well-known these days. Chrishell caught a lot of attention after her ex, Justin Hartley, asked for a divorce via text message. But even after everything, Jason Oppenheim admits she’s doing very well these days. He even notes that they’ve become closer friends.

Right now, Chrishell says she’s “single and ready to mingle.” Perhaps The Bachelorette is on her agenda. No matter what happens, Chrishell wants to find love again. Oppenheim seems fine with that but wants final approval on her partner of choice.

“Whether she wants [the approval] or not, she’s getting it. And I think she would expect that I would definitely — I think me and Mary [Fitzgerald] would definitely have to meet him,” Oppenheim told Us Weekly. “I mean, she always makes a good decision and she’ll be with, I’m sure, a really solid dude. I’ll just have my radar up, of course.”

If you haven’t seen it all, you can catch all three seasons of Selling Sunset on Netflix right now. And if you want to see Chrishell Stause soon, you’re in luck. She will make a guest appearance on the Dancing With The Stars season finale. Tune in to ABC on Monday night at 8 PM eastern time and see what happens. Do you think Jason Oppenheim would be open to a DWTS appearance in the future? Let us know what you think in the comments.

Was Tammy Slaton TRYING To Kill Herself In Deleted Instagram Post?!
Love In The Afternoon With Hallmark’s ‘A Little Daytime Drama’
Would Michael Allio Accept An Offer To Be ‘The Bachelor’ Next Season?
Artem Chigvintsev And Nikki Bella Celebrate Their Son’s First Birthday
Kourtney Kardashian STUNS While Rocking Glow-In-The-Dark Bikini